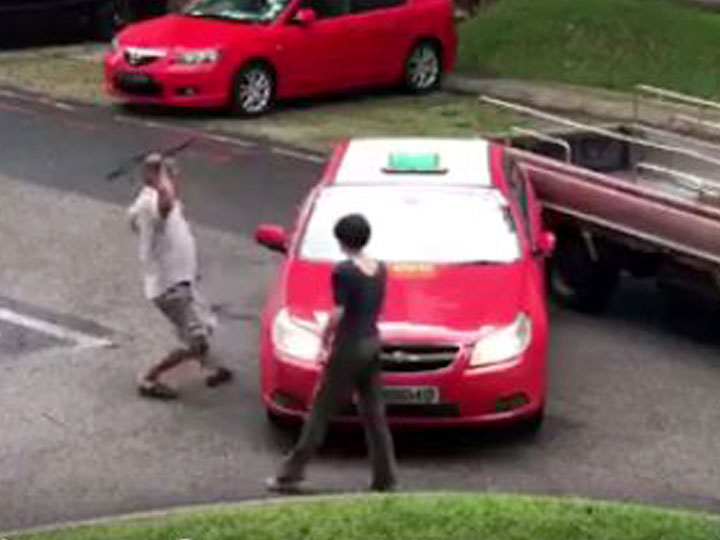 This furious uncle broke the windscreen wipers of a taxi after it collided with his lorry in a carpark.

Instead, the taxi driver reversed his taxi several times into the lorry, which made the uncle even angrier.


Fortunately, a boy who was with him at the moment managed to calm him down.

It’s unclear what caused the accident.