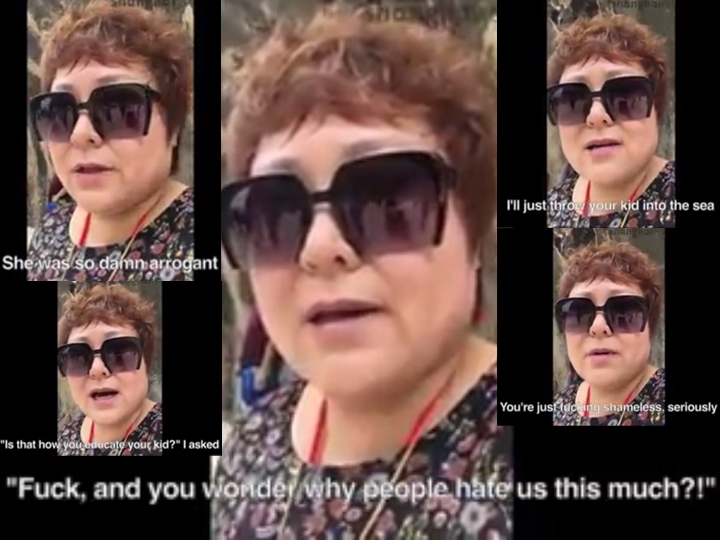 Chinese tourists usually make the headlines for bad behaviour, and it appears that this particular Chinese tourist is fed up with the antics of her comrades.

The Beijing aunty, known as “Sister Bin” uploaded this 3-minute rant criticising selfish and rowdy Chinese tourists during her trip to Phuket.

The highlight of the video – her super flowery language!

According to Sister Bin, a woman in her tour group had insisted on taking a piece of wood from Lover’s Beach despite the tour guide telling her that items on the beach are not allowed to be removed.

The woman continued to give the tour guide a hard time, until Sister Bin stepped in.

Sister Bin says that while her strong words might be coarse, the logic behind them is sensible.

Her video hass been viewed more than 400,000 times after it was shared on Chinese social media portal Weibo, and she’s gotten much praise from Chinese netizens for her straight-talking ways!