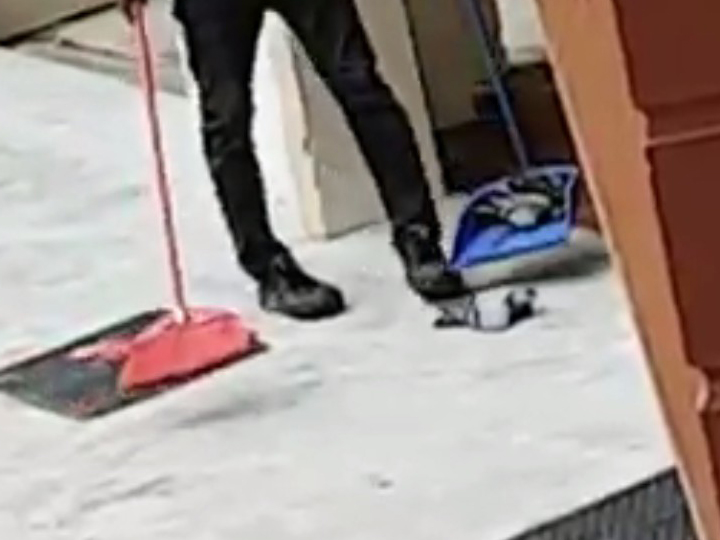 Someone or some people in Sembawang are allegedly killing birds with poisoned food.

This video, shot in Canberra estate, was shared by Jayashree, who believes that Bangladeshi workers are behind the bird-poisoning.

“WTF? Who the hell is he to feed the crow with poison, see the poor crows choke, die and on the spot to sweep them up while they are suffocating and still alive. Already there is a board not to feed pigeons, then why attract them with food to kill them? What logic?

Sadly we saw this late after killing them and doing this. He tried to do more but my parents screwed him up but he still will do at other areas. Haiz. Managed to save some crows which were alive but the rest couldnt.

This is bloody cruelty. Stupid bangla. These guys should be done the same. When cats and other animals are killed with cruelty and are charged, wat about these poor birds?? All are still pets.

These birds dont even come here. These bastard invite them by putting the poisoned food, kill them and throw. What happiness this idiot gets from inviting and killing them?”

The culprit behind the alleged pigeon-poisoning is uncertain.

Jayashree says she hopes that the HDB investigates the matter.

“We public have birds as well. Seeing these idiot pitting poison them, see them suffocate and die for them to be swept and threw into the dustbin is too pain. At least they die you sweep them fine. But THEY ARE ALIVE!!! So this is killing.”