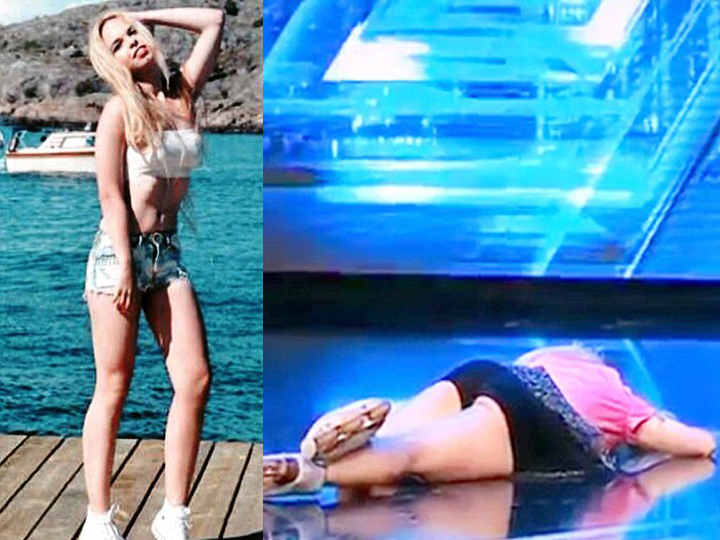 Singapore Idol wannabes, what happens if you forget the lyrics on live TV?

Faint lah – just like what this Romanian Barbie did on the X-Factor.

Zero stars for the singing, but we give her a 10 out of 10 for acting.

Barely seconds into starting the song, Fabian forgot the words.

Taunted by judges, she didn’t know what to do, except collapse.

Fabian has denied that she fainted to gain sympathy.

She was given another attempt later on in the show, but still blew it with the judges.

Fabian was overheard telling her mother backstage: ‘Next time, you’re going to make me ride a bike on the stage or something. It’s all your fault.’

The 18-year-old teenager has made headlines in Romania for looking pretty identical to the actual Barbie doll sold in toy stores.

She has said that she went through no plastic surgery to get her looks.