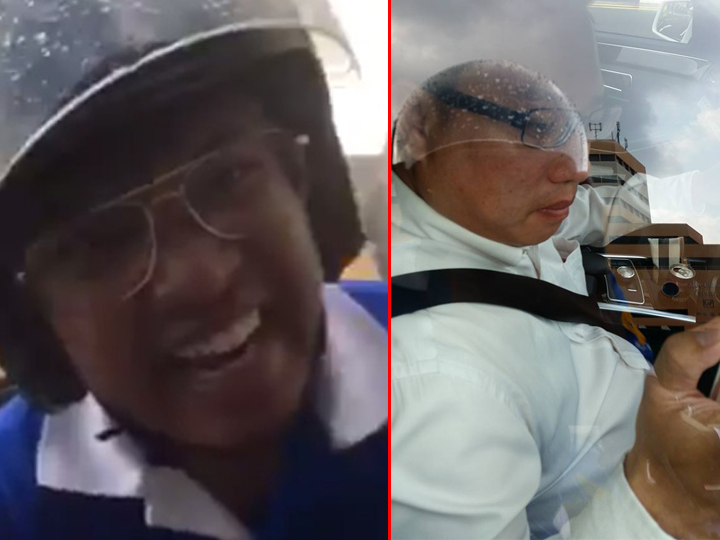 Road rage to right a wrong?

That appears to be the case in this exchange between an Abang biker and a taxi driver who he accuses of reckless driving.

Hafez Mohd claims a taxi driver wasn’t happy that he horned at him, and began to “hit his brake continuously”. Thereafter, Hafez says that when confronted, the driver whipped out his handphone and took a photo of him. Hafez also accused the driver of scooting off instead of following him to a police station to lodge a report. 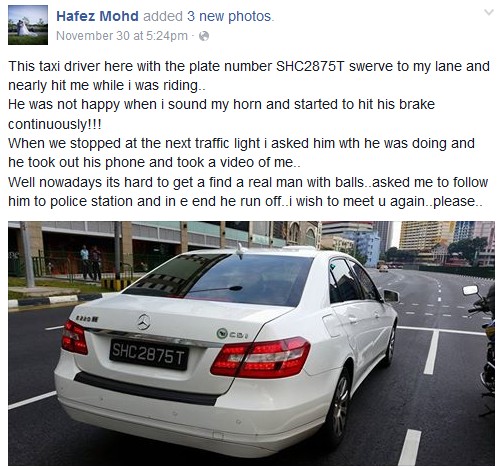 But that’s just his side of the story.

Taxi driver Wu San Gui uploaded a video of the confrontation between him and Hafez, in which the biker can be seen slamming on the taxi door and behaving in a threatening manner, hurling vulgarities at the driver. He also appears to have spat at Wu before riding off.

The two motorists appear to part ways after the incident without any further confrontation.