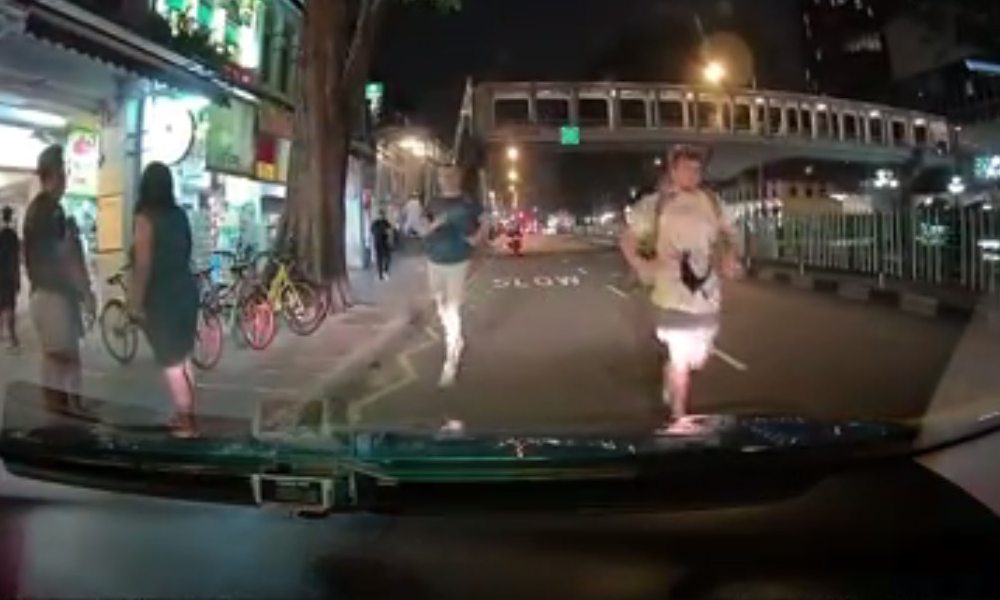 If you’ve ever had a taxi “stolen” from you after waiting an eternity to flag one down, you’ll know the how frustrating an experience it can be.

But a mother and daughter who had been waiting to hail a cab were in luck this time, when the taxi driver stood up to 2 ang mohs who tried to “steal cab” from them.

The 2 ang mohs were drunk at the time (and we know how violent some people can get when they’re drunk and kena rejected).

“When I objected, they offered to pay me S$10 extra to take them to The Carribean. I stood firm that the ladies flagged my taxi first and refused to give in to them even though they did not want to leave my taxi.

After a brief stand-off, they finally gave up after I reached for my phone to call the police. The reputation of our SPF saves the day!”

Give that taxi uncle a Tiger lah!