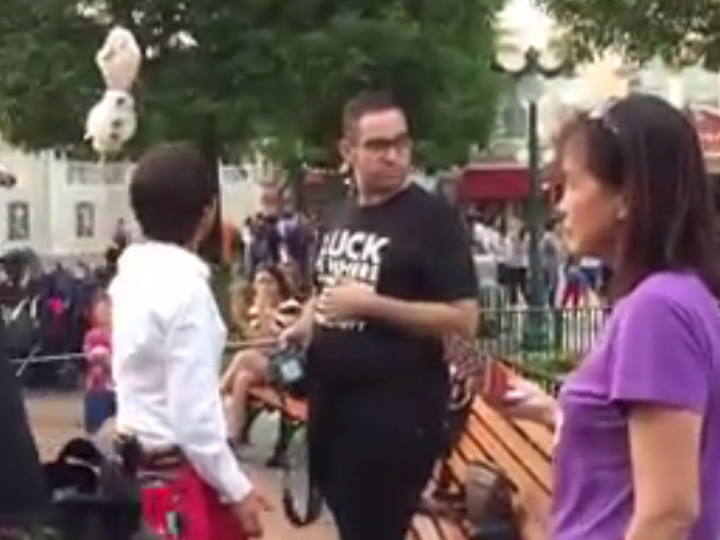 Rude and wilful, but this ang moh tourist got away with his indecent queue-cutting behaviour at Disneyland Hong Kong.

A Singaporean who happened to be there said that while the crowd waited for a long, long time just to take photos with mascots such as Mickey and Minnie, the ang moh just barged into the queue and refused to leave.

The best (or worst) part of it all is he later pounced on Mickey and Minnie when they were headed for a break, and managed to get photos with even more mascots!

“Shameless Caucasian who thinks he’s a big f*ck, cutting the queue for taking photographs with Mickey & Minnie at Hong Kong Disneyland on 20 Oct 2015.

The crowd there had to wait for more than 1 hour just to take photographs with Micky & Minnie. He refused to leave even when the crowd and security ask him to leave and insist on wanting to cut the queue.

Only when Micky & Minnie went for their water break, then he was willing to leave.

Eventually he still managed to get the photos he wanted when he intercepted the mascots along the way to the dressing room.”
Inconsiderate behaviour does pay sometimes, kids, but don’t do until like that and become a total a**hole lah.