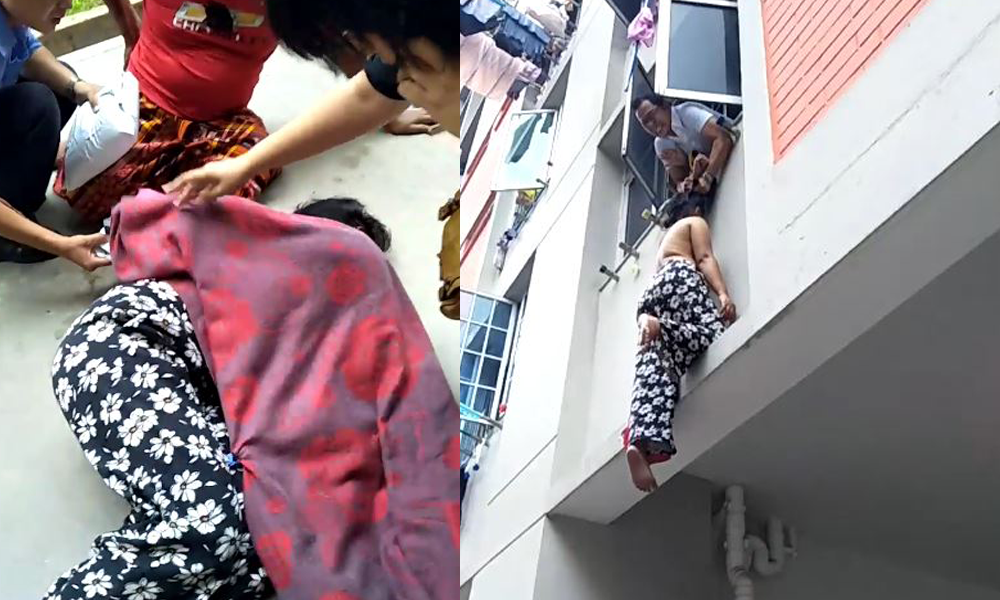 Residents of Block 233 Simei Street 4 were stunned to see this abang struggling to save a topless woman.

He grabbed hold of her hand, while her body remained motionless outside the ledge of his kitchen window on the 2nd floor.

At one point, the abang can be heard shouting “I cannot stand already”.

The abang’s grasp apparently slipped and the woman fell to the ground floor pavement.

Passers-by who witnessed the scene then checked on the woman, covered her body, and called the police.

Videos of the incident were shared by Grace earlier this evening.

The cause of the woman’s fall is uncertain.

Prior to the fall, she was seen clothed in a black t-shirt, standing on the window frame of the 2nd-floor flat unit, and handling a broken clothesline hanging from the flat unit above hers. 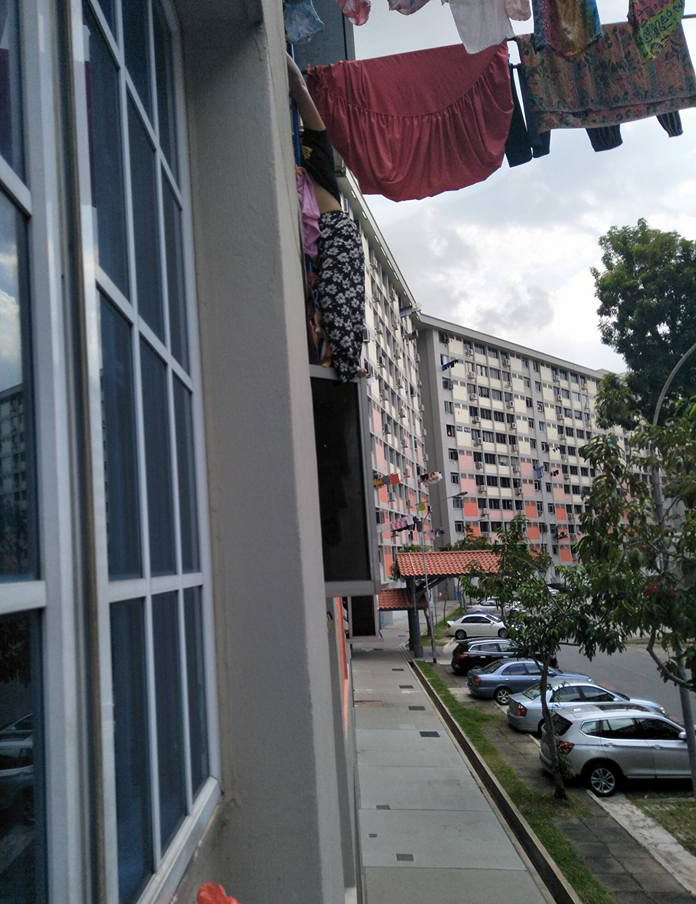 According to a neighbour, the woman suffers from mental problems.