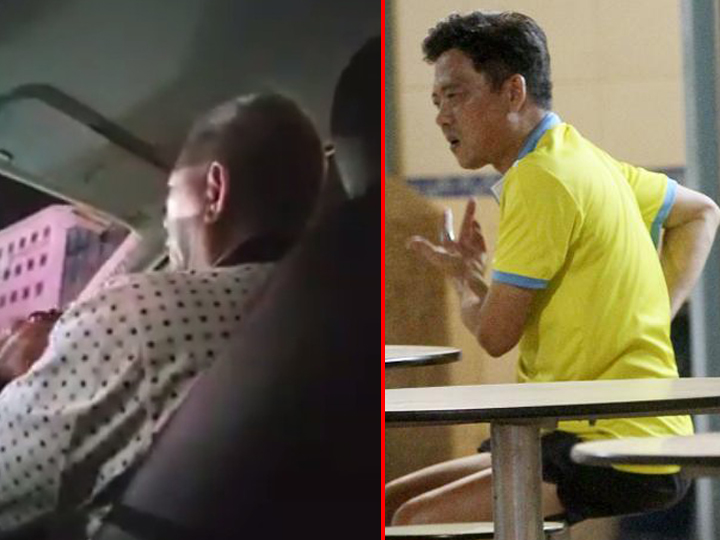 The char kway teow seller who’s accused of bullying a taxi uncle insists what he did was right despite the flak he’s received online.

Hawker Liang had boarded a taxi and was getting pretty p*ssed that the driver didn’t know the route to his intended location and thought that he was taking a long route to collect more fare money.

He then started filming his conversation with the taxi driver.

In the video, Hawker Liang can be heard sarcastically calling the taxi driver a “lao jiao” (old bird) in Hokkien, and told him that he shouldn’t be driving a taxi in “small Singapore” if he didn’t know his way around.

When the taxi driver said that he’s already in his fifties and the roads in Singapore are different from 30 years ago, Leong countered by saying he’s also in his 50s and can still do his job properly, and sarcastically questioned whether the Land Transport Authority holds refresher courses for taxi drivers to familiarise them with the roads in Singapore.

Hawker Liang said it’s the “LTA’s fault” that people like the taxi uncle, who are supposed to be “professionals” are given licences to drive taxis on the road when they don’t know their way around.

The taxi uncle then told Hawker Liangg that he doesn’t want to accept payment for the ride.

At the end of the video shows Hawker Liang is standing by the roadside, and he says to presumably the future audience of his video:

Hawker Leong shared the video online, but was met with scorn instead of a pat on the back.

Netizens were furious in ther condemnation of his behaviour, with even his own Facebook friends sharing his video to make a point.

“I told them to stop sharing the video but they refused to listen. This incident has made me realised how scary social media can be.”

Hawker Liang said that the taxi uncle subsequently told him that he honestly didn’t know the way, and didn’t take a long route on purpose.

“He eventually stopped by the roadside to let me alight and didn’t collect taxi fare from me.”

He insists the he isn’t in the wrong, and that the problem is he had met the wrong person that night.

He said that taxi drivers who don’t know their way around Singapore shouldn’t be allowed to drive taxis.

UPDATE: In an about-turn 60 minutes after the publishing of this article, Hawker Liang has apologised for his actions, saying that he understood he was wrong after a friend told him off: