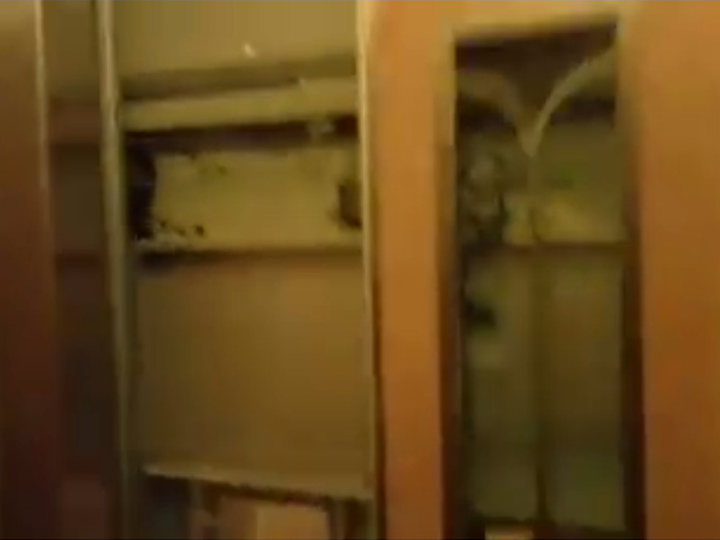 This is the kind of scene you expect in some horror movie like Ju-On or Nightmare on Elm Street.

But for businessman Ben Tng, the nightmare was real.

While sending his son to school on Friday (22 Jan), the lift he was in descended 10 floors while the inner door was still partially open.

Naturally, he held his son’s hand tightly and hoped for the best.

And being Singaporean and all that, he whipped out his phone with his other hand and took a video.

He notified emergency services about the lift at about 7.30am, but noticed that the lift was still operating at 9am.

“There was a lot of metal protruding from the inside of the lift door. Their school bags could get caught, and it will lift the kid up.”

Apparently, another resident in that block discovered that the lift was already faulty the night before.

Ben says that when he checked again at 3.20pm the lift was in normal working order.

This incident comes after the Tan Ching Road lift severed the hand of an elderly lady, even though the safety devices of that lift were found to be in working order.