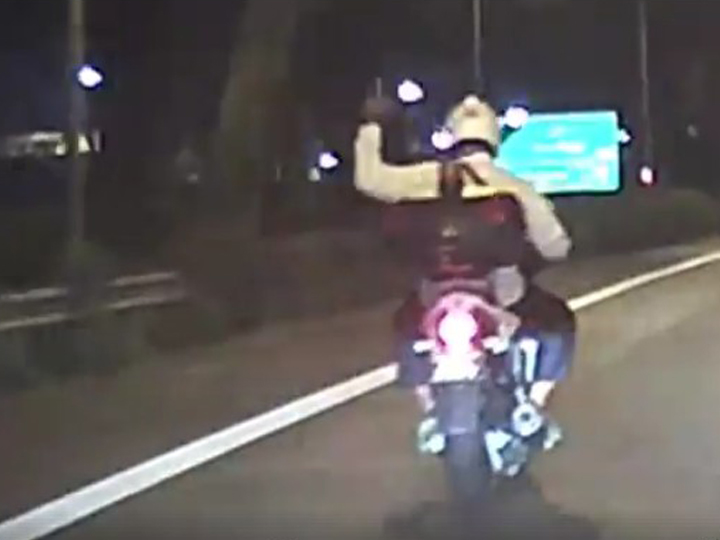 An man in white on a motorbike said to be an LTA officer has been accused of flipping the bird at a motorist early this morning.

“On 8th November 2017 at around 0005 in the morning, I was exiting Toa Payoh towards PIE. As I was exiting, I saw light beams thus I brake to check before moving out and this LTA Enforcement officer was pretty close behind me. After which he sped up and overtake me and show his middle finger.”

But netizens, having watched videos of the incident, are of two minds whether the finger in question was the index finger or the middle finger. 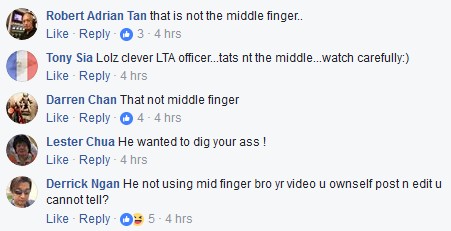 Some say that regardless of which finger, the gesture appeared to be an aggressive one and such actions are unbecoming of public servants.