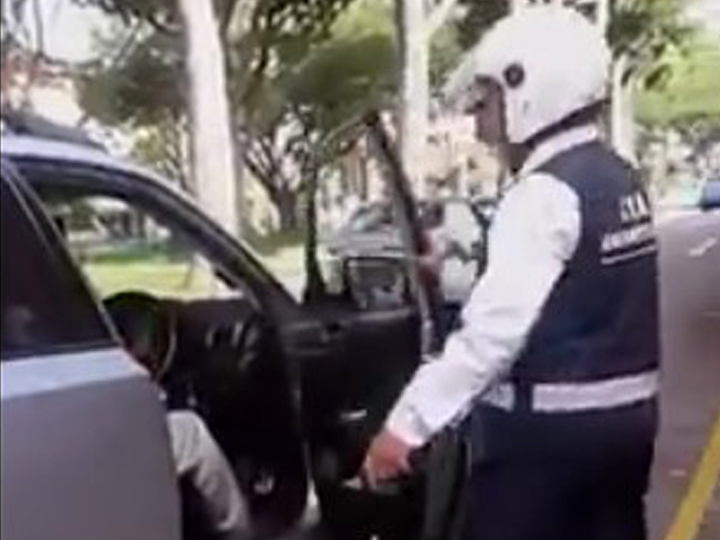 What sounds like a super duper civic-conscious makcik could have prevented sparring match between a LTA officer and a car driver.

It’s unclear what provoked the LTA officer in this instance to behave the way he did, but he was caught on camera opening the driver’s car door and saying in Chinese that he would hit him.

Fortunately, the person taking this video (who sounds very much like a makcik lah) steps with with a line that the gahmen would be proud of.

To that, the LTA officer replied:

“He want to hammer me, ask him come lor!”

But she’s right – one wrong move and lightning might strike.

The video was shared by Laoer Tian, who said:

“Singapore driver in trouble, one in uniform scold vulgarities.”