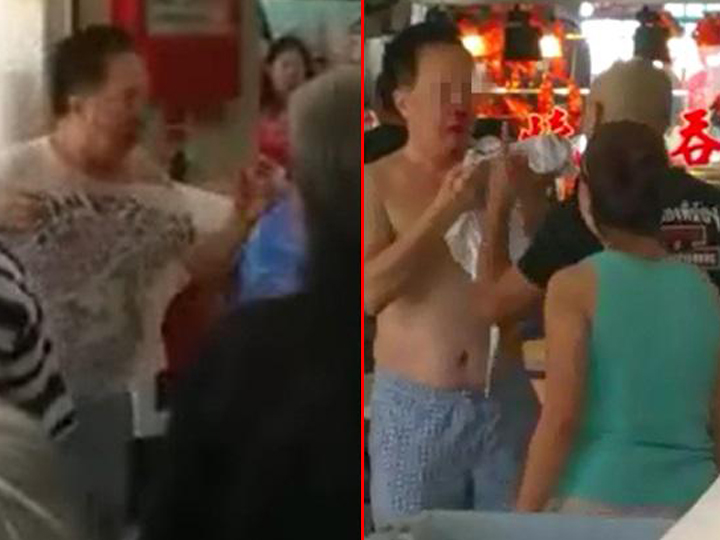 Dressed in a tee shirt and short shorts, a woman was queuing to buy food at the hawker centre at Blk 59 Marine Terrace, when she thought she felt hands caressing her buttocks.

She alerted her boyfriend, who went ballistic.

He confronted the alleged molester, a 68-year-old man, tore at his shirt to the point of ripping it and punched him repeatedly, breaking his nose and leaving him bloodied and bruised.


The carnage lasted for about 20 minutes, and would possibly have continued if the girl’s mother hadn’t intervene to put a stop to it, and a passer-by hadn’t stepped in to stop the beating.

Police are investigating the the incident as a case of voluntarily causing grievous hurt and outrage of modesty.