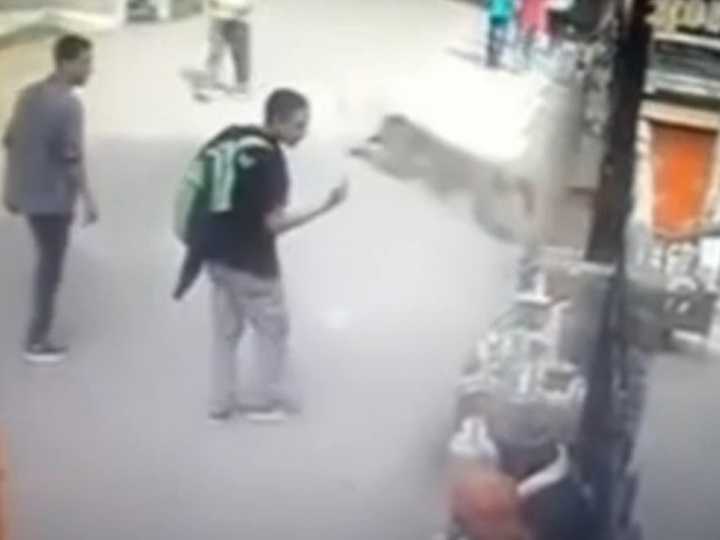 This is why you don’t mess with monkeys.

Those furry little bastards look all cute and furry, but they can pack a mean punch (or kick, in this instance) when they feel threatened.

As this fella found out – the hard way.

The incident happened in the Indian city of Shimla, and was captured on CCTV.

The man was walking when he spotted the monkey and taunted it, before showing it the middle finger.

But instead of “Monkey see, monkey do”, this monkey (who probably watched too many The Rock and Stone Cold Steve Austin wrestling bouts) went for the jugular with a drop-kick to the  throat!

The man suffered no injuries except some scratches and a bruised ego.

What we’re wondering – how the hell did the monkey learn that the middle finger was a vulgar or threatening gesture?