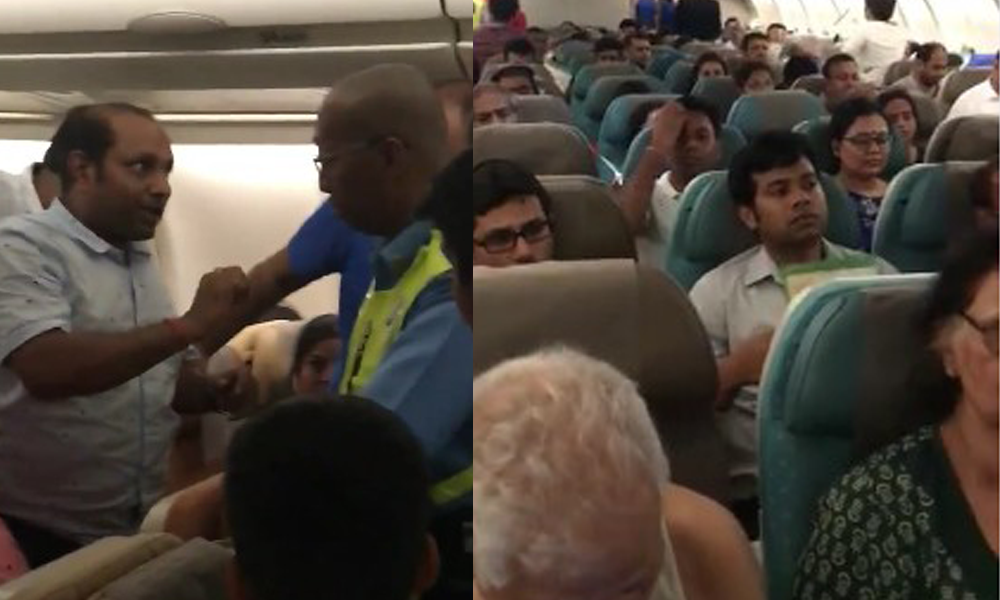 Singapore Airlines carriers SIA and Scoot have managed to anger hundreds of Indian passengers in the span of 1 week.

On 8 June, passengers flying SIA from Singapore to Kolkata had a harrowing time as they first had to wait inside a bus for a long time, followed by another wait inside a hot aircraft in the humid city before they could finally fly.

“My 73-year-old father and many other senior citizens and toddlers were extremely uncomfortable and exhausted just standing there. Some of us frantically knocked on the door and windows… Upon boarding, we were told the air-conditioning in the aircraft was not working and it would be fixed within 15 minutes. Every five minutes the captain kept giving us live updates on the PA (public announcement) system — ‘the engineer is on his way’; ‘the engineer is here and it will be fixed soon’; ‘please bear with us, the temperature will increase for 10 minutes before it starts cooling’…. Half an hour passed with zero ventilation in an aircraft full of passengers. An airhostess at some point told me the aircraft hasn’t been in use for a long time and so the air-conditioning was not working…”

“When we confronted the cabin crew, they had no answers, rudely shut us up, threatened to call the cops to arrest us, and said ‘we are in the same situation as you are, don’t ask us, we don’t know anything’… The airline didn’t let anybody go. We were being treated like prisoners, being asked to sit in our seats and wear our seat belts. They told us if we were going to offload ourselves then we wouldn’t be allowed back in and they would put us on another plane which was two days later and they wouldn’t compensate us for any of it.”

SIA said flight SG516, experienced technical issues on the ground, resulting in the delay of 2 hours and 52 minutes.

It said that is looking into the allegations of passenger-treatment on board the flight.

But before the heat from that incident dissipated, SIA’s budget carrier, Scoot, got involved in a fracas over a handicapped child earlier today. 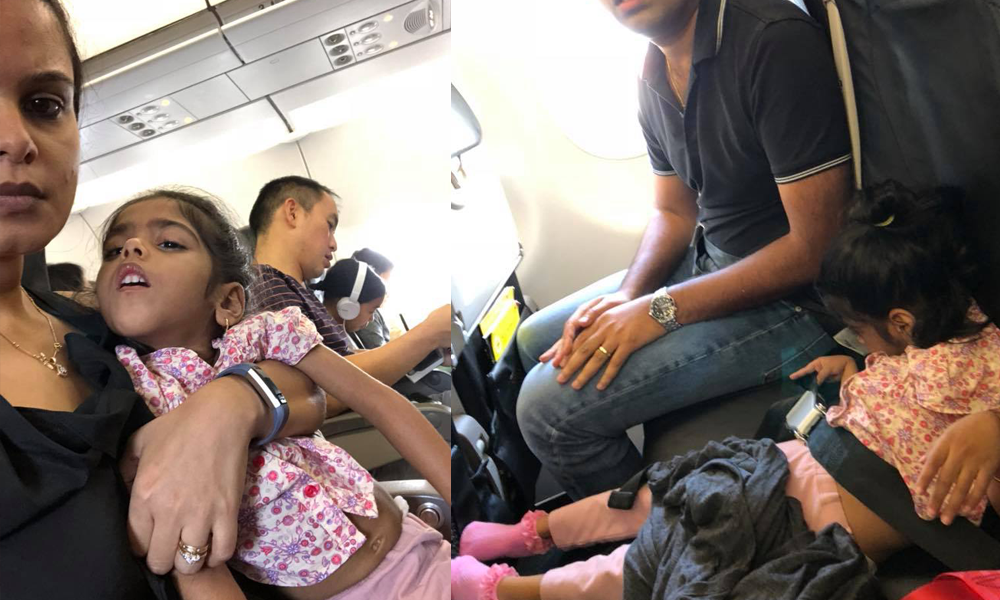 “Our request for using an infant seat belt was denied as she’s a child with her own seat. (While she’s 5 years old she weighs 8.5 kgs and is the size of a 1 year old) The Capt sited safety reasons for his inability to let us fly while holding her on our lap with an infant seat belt. He refused to come out and speak to us for an hour and had SAT tell us we could either deboard or leave our daughter on her own seat. Finally when we did speak to him – On mentioning she could hurt herself and will slide off the seat he said ‘then it’s the airlines lookout.’”

Ms Divya said that this is the first time she has been through such an ordeal:

“My daughter has taken 67 Flights to be precise in her 5 years. (For those assuming it was our first flight and we don’t buy her a separate ticket, and we’re cheapskate Indians etc) We’ve always flown with her. While we’ve usually faced small problems on any airline with regard to her having an infant seatbelt because she has her own seat (they somehow refuse even though she’s less than 9kgs) the airline always come though for us. The Capt comes out, takes a look at her, sees inspite of the fact that she has a full ticket – she can’t sit, permits use of the infant seatbelt and all is fine. But today wasn’t like that. What was meant to be an amazing start to a holiday turned out to be a nightmare. As always we requested the ground staff for a baby belt and they agreed that word would be sent to the Capt.

We boarded, the flight attendant saw she’s specially aided and mentioned he’d try and issue a baby belt to start with but then it quickly changed saying that the Capt has denied permission to fly with her like that. It turned out to be a 90 min ordeal, with the whole flight being held up, and us being told that our baggage was going to be offloaded and so would we.”

Scoot has not publicly responded to the allegations so far.