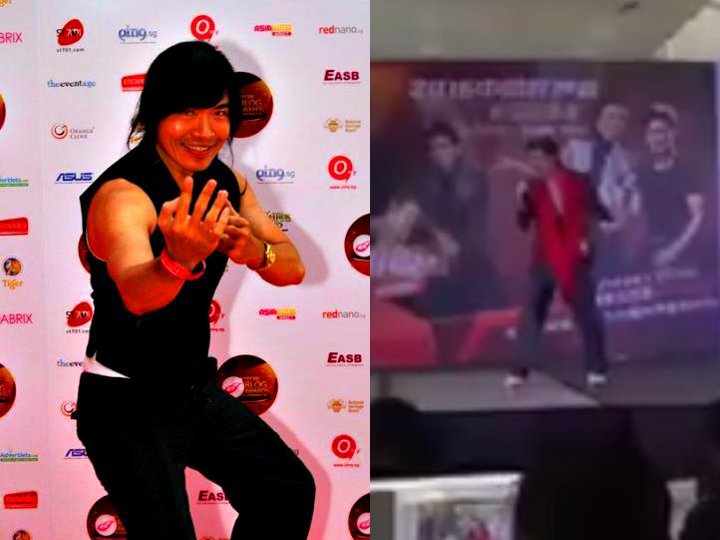 Yes, the eyebrow plucker, “performer”, and self-proclaimed artiste manager with “3000 artistes” under his wing really did take part.

Lim, whose claim to fame came during the first season of Singapore idol when he did a singing striptease at the audition, says he went alone to try out for The Voice without telling anybody.

Nope, he didn’t make the cut.