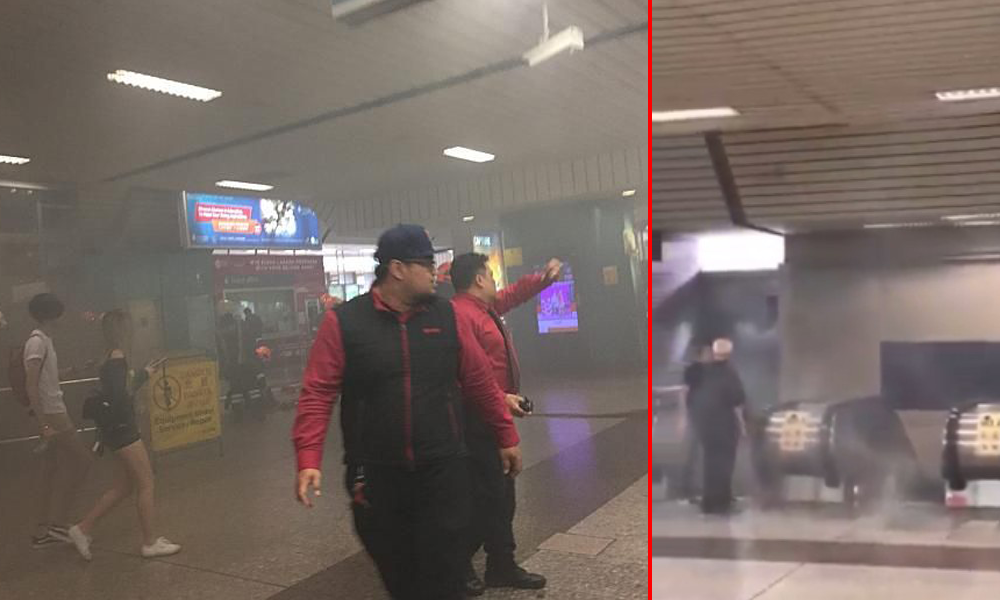 A part of Ang Mo Kio MRT station was sealed off this afternoon after smoke was seen emitting from an escalator.

Commuters reported that an almost unbearably strong burning smell filled the station at about 1.45pm.

SCDF and police officers were seen at scene.

One eyewitness spotted an old lady sitting on the floor complaining that she was dizzy and couldn’t breathe.

The eyewitness said that SMRT made an announcement saying that there was an emergency and that commuters should remain calm.

SMRT said in a statement that the escalator was shut down and the linkway closed in the interest of commuter safety.

The train operator said that it is investigating the incident.