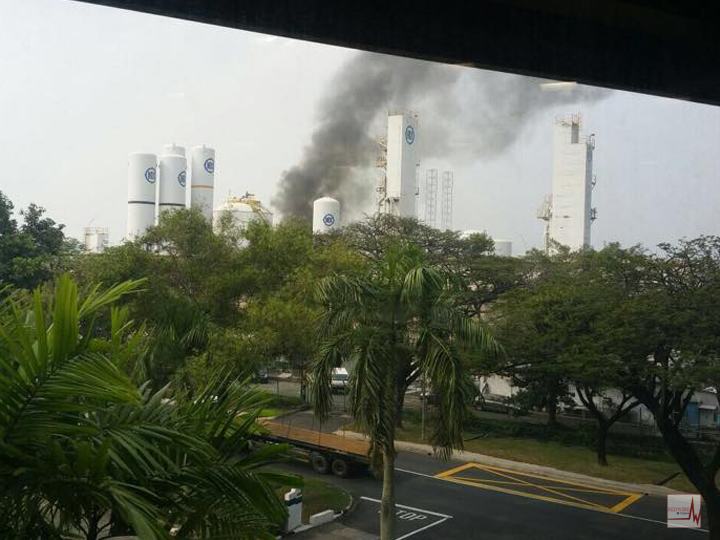 Explosions punctured the sterility of a typical Monday morning for factory workers at the Tanjong Kling vicinity, after a factory caught fire.

The first explosions were heard at around 9.20am, stemming from the laboratory of Leedon National Oxygen – a welding, gas and safety company.

One person was killed in the fire, while at least 7 others who were injured were sent to nearby hospitals. 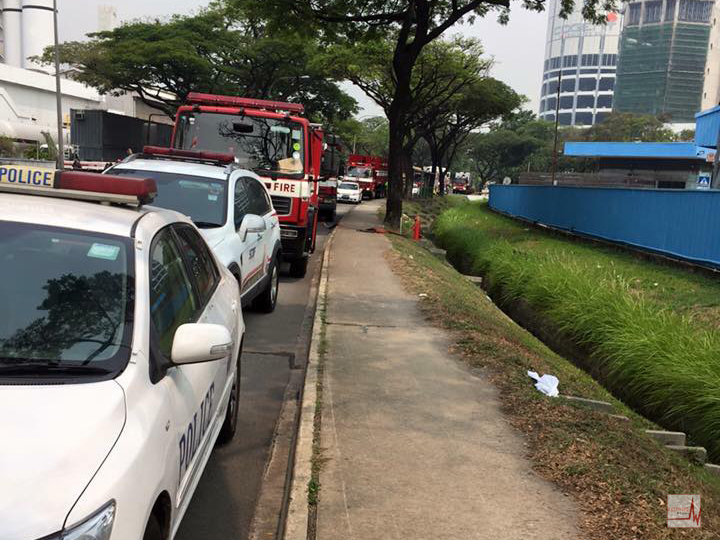 Police were also called to scene.

The fire covered an area of about 7m by 5m.

A reader sent us this video of the blaze.

As officers fought the fire, they found one charred body amidst the wreckage.

The body hasn’t been identified yet.

By about 1pm, the fire had been extinguished.

The SCDF and Leedon National Oxygen are investigating the cause of the fire.