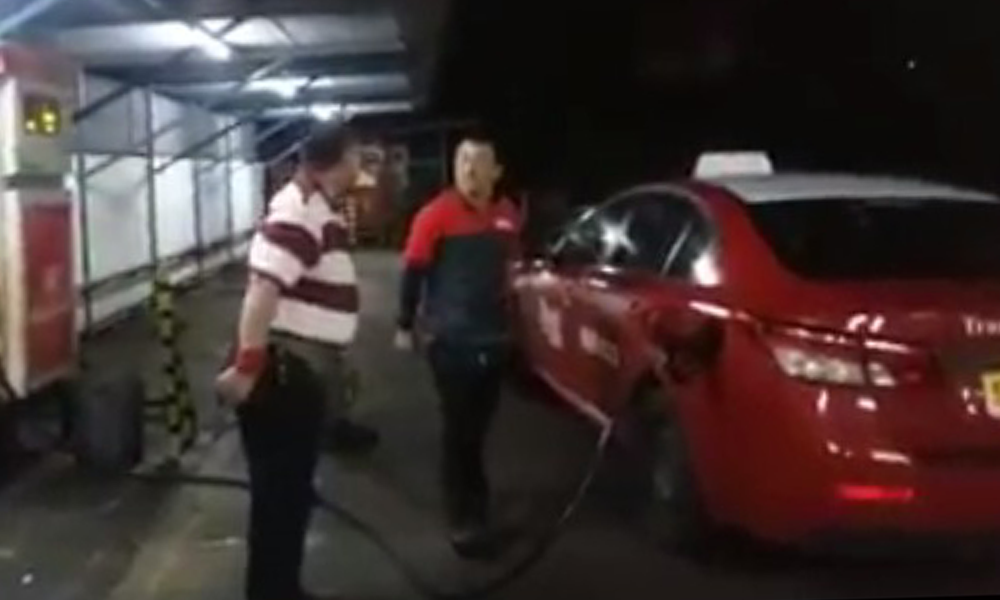 A strange encounter between 2 taxi drivers was caught on camera at a Bukit Batok petrol station last Thursday (1 Feb).

Keith Sim,who shared this video, said that his taxi driver friend was pumping petrol when another taxi driver suddenly approached him wielding a retractable baton and looked like he wanted to use it to whack him.

All that, seemingly because of a dispute over the use of the petrol pump.

“This ‘hero’ flashed out Donnie Yen’s movie weopon (retractable baton) but action to hit but dumped on the floor, then picked up again. Even threatened the Bangladeshi who took this video sent to my friend. People merely using the public pump, dunno what this ‘hero’ thinking of claiming that is his pump..lol”

Throughout the exchange, a man can be heard telling the taxi drivers involved, “Don’t fight”.

It’s uncertain whether it was truly a pump dispute, or there’s something more than meets the eye between the two taxi drivers.

You know, because no one brings a bloody weapon to an everyday “you buay song ah” kind of dispute!