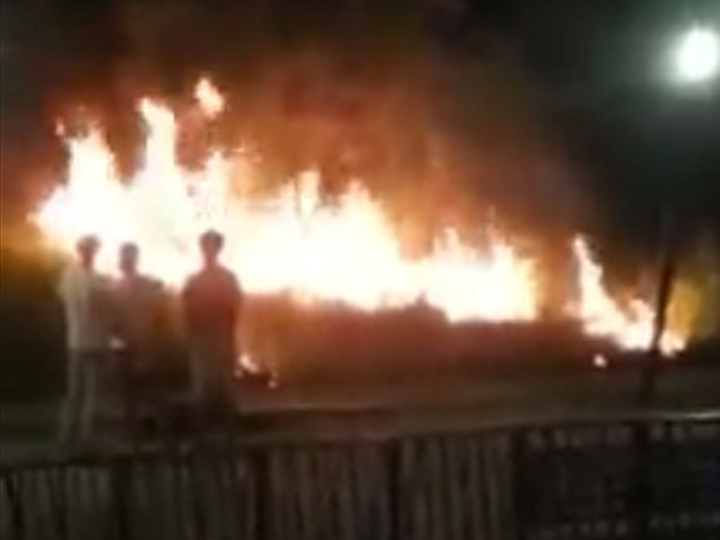 Too much Bon Jovi, perhaps? But this “Blaze of Glory” started by 5 teens on Saturday night (30 Jan) got them thrown into the lockup.

Eyewitness Tay Cheng Wei, who recorded this video, said the teens were playing with firecrackers and that caused the fire.

The fire was started when the teens, all males aged between 14 and 20, were playing at Punggol Waterway, near Waterway Primary School.

It took 20 firefighters half and hour to get it under control, and another hour to fully extinguish it.

Police were first alerted to the fire at about 10.49pm.

The incident has been classified as Mischief by Fire and investigations are now taking place.