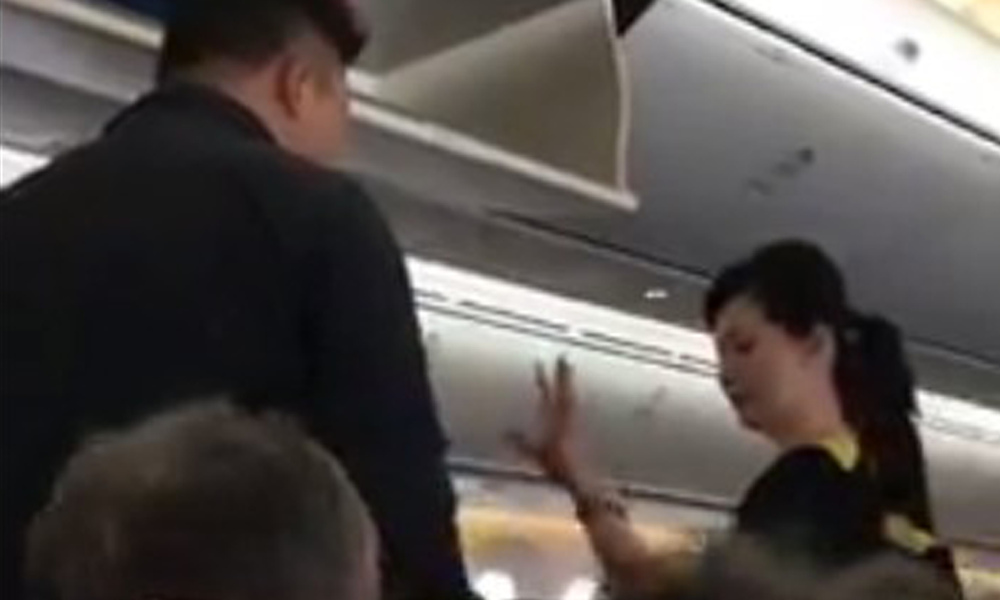 This tough-looking Man in Black apparently can’t keep his own junk in place.

The Scoot passenger was caught on camera demanding that an air stewardess stow away his luggage in an overhead compartment for him.

The incident took place on 21 Jan, board flight TR180, which was headed from Singapore to Nanjing, China.

In the video, you can hear the Scoot air stewardess telling the man that she would have lent him a hand if his hand was injured.

The tough-built Man in Black, who was reportedly holding a cup of beverage during the exchange, wasn’t appeased and said that he will lodge a complaint against her.

The air stewardess then alerted her supervisor who intervened in the situation, only to be told by the Man in Black to help him put his luggage in the overhead compartment.

The supervisor refused, and offered to help him hold his drink while he stowed away the luggage himself.

Man in Black started to get agitated, and that’s when the supervisor said that if he could call security and have them stow away the luggage.

Man in Black then backed down.

Air stewardesses are not obliged to stow away passengers’ luggage, budget airline or not.

So why must make things so difficult huh?