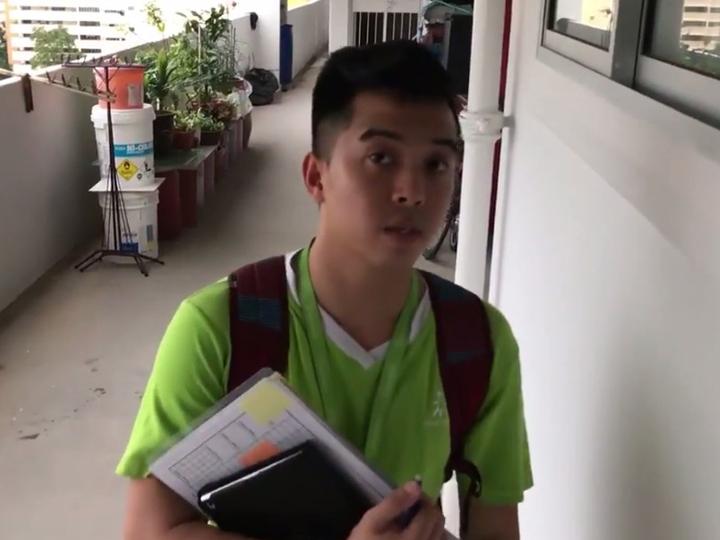 A poor Starhub staff managed to venture into Yishun, possibly because the Great Wall around siao lang town is still a work in progress.

For his efforts in doing checks on home internet services, he was rewarded with rudeness by a siao lang town resident who seemed so proud of telling the staff to “f*ck off” he even filmed the encounter and shared it online.

In the 41 second video, Desmond Koh was heard asking the resident “So you go around knocking people’s door lah?” when the staff said he was from Starhub.

Koh then replied “I don’t appreciate that.”

Just as the staff said “no problem” and moved to leave, Koh said, “F*ck off, okay?”

The staff mumbled “sure” and scurried away.

Koh proudly posted the video on his Facebook page, but has since taken it down after it went viral and he was bombarded with messages of condemnation.

Most criticised Koh for making life difficult for the Starhub employee, saying he could have just told him to leave without being rude as the young man was just trying to do his job and make ends meet.

Others said that it was a sad day for humanity that people like Koh exist.

We say it’s about time that damn wall gets built.