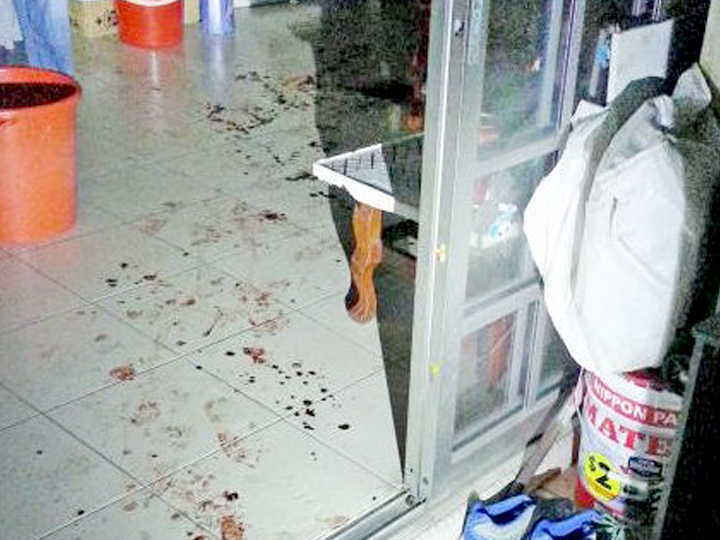 A 32-year-old Vietnamese man was slashed in the face yesterday in a HDB flat unit at Block 340 Ubi Road 1.

The man was reportedly drinking with a group of 5 others in the 4th-storey flat when they got into an argument.

In an ugly twist of events, one of the man in the group then attacked him with a knife.

The rest of the group then reportedly ran from the scene.

The victim ran to a neighbour’s house and knocked frantically on the door, pleading for help.

The neighbour, who described the scene as “terrifying” called the police.

She got another shock when the man, whose face was dripping with blood, then ran off to find his attacker.

A trail of blood could be seen stretching from 4th-storey corridor to the void deck.

It’s unclear what the dispute was about.

The victim was sent to hospital conscious and is recovering.