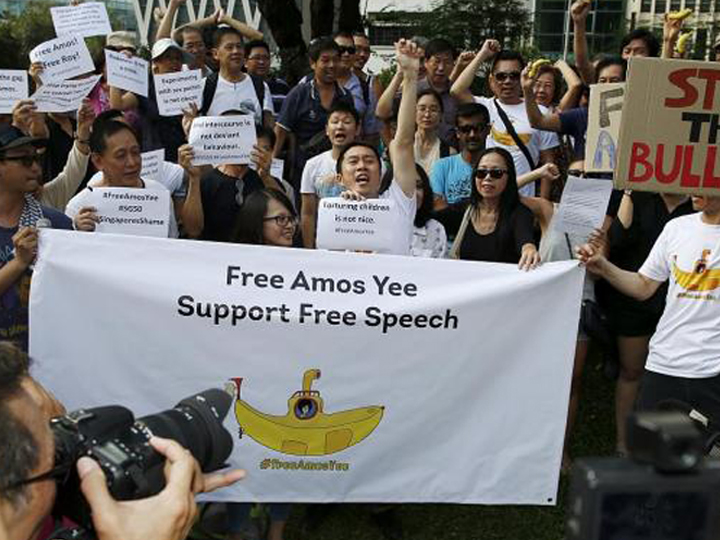 UNCLEBULL: “In the last few years we have seen an unprecedented crackdown on freedom of expression in Singapore,” says Jolovan Wham from the Community Action Network at a free Amos Yee rally.

Maybe only in Singapore.

Maybe in Singapore, responsible speech is upheld with more integrity than free speech.

The lao jiao (older people) should know this famous line by Dirty Harry aka Clint Eastwood circa the 1970s:

In America, every Tom, Dick and Harry can talk nonsense and hammer people under the guise of “free speech”,

In Singapore, if you talk shit, you better be prepared for the consequences.

If you’re like Roy Ngerng, you can whack the gahmen all you want.

In his own words, “I have written more than 400 blog posts…”

But the moment he accuses the PM of corruption, of course the PM must respond lah.

Otherwise the whole might confuse him with PM Najib!

And you expect the PM to reply to some unknown blogger out of how many millions of people in Singapore via what? Facebook?

If the PM earns S$2.2mil a year, then one day wasted in court for Jobless Ngerng to anyhow talk cock is worth S$6100 leh.

You can say that PM is wasting taxpayers’ money by taking the matter to court, but if not, then how to settle through proper channels?

When it comes to Amos Yee, with so many people making police reports (last count was about 20, according to the Straits Times), then what you expect mata (police) to do?

Sit down and shake legs?

Then the rest of Singapore will cow beh them for not pulling up their socks.

Singapore is a complain nation, for those who still don’t know your own country.

Then if the gahmen says “Never mind lah, even though it’s a criminal offence, we must instruct the court to ignore the statutes of law and withhold punishment,” then what kind of a message is it sending?

Maybe the only fella who could do anything was Tony Tan, by granting a presidential pardon.

But then, all the fried chicken how?

To take stock over the past 2 years: 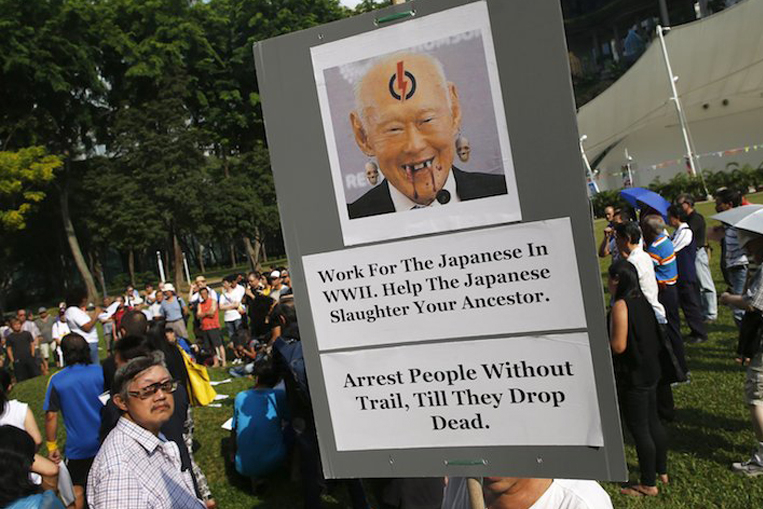 Arrested? No, these guys are still out there.

Compared to what happened to Dr Chee and JBJ in the past, I think we’ve made progress already.

Still, maybe this Calvin Cheng fella should watch his back when comparing Alfian Sa’at to a terrorist…

Want the freedom to cow beh, then be responsible with what you say.

Thank you Uncle Bull for this letter.
Send us your letters at mail@redwiretimes.com
Find us on Facebook! https://www.facebook.com/redwire.singapore