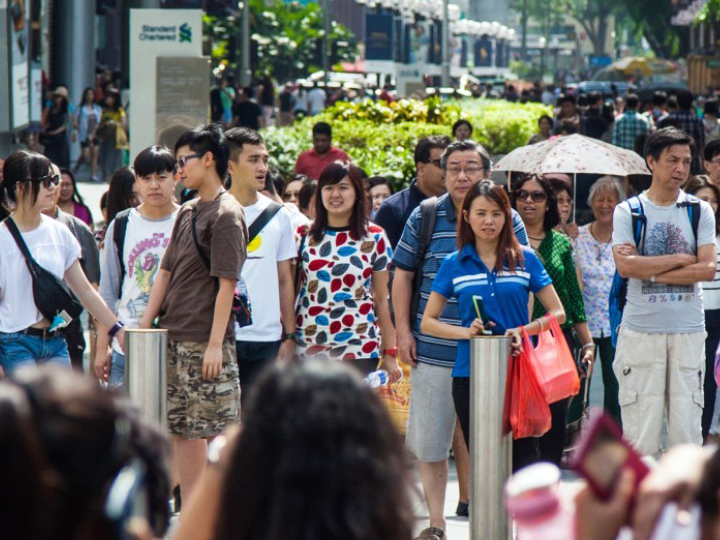 FAREED ZAKARIA: In thinking about the United States’ enduring racial divide, I found myself intrigued by lessons from an unlikely source: Singapore. To help prepare for a trip there next week (as a guest of the National University of Singapore), I asked the country’s deputy prime minister, Tharman Shanmugaratnam, what he regarded as the country’s biggest success. I imagined that he would talk about economics, since the city-state’s per capita GDP now outstrips that of the United States, Japan and Hong Kong. He spoke instead about social harmony.

“We were a nation that was not meant to be,” Shanmugaratnam said. The swamp-ridden island, expelled from Malaysia in 1965, had a polyglot population of migrants with myriad religions, cultures and belief systems. “What’s interesting and unique about Singapore, more than economics, are our social strategies. We respected peoples’ differences yet melded a nation and made an advantage out of diversity,” he said in an interview, echoing remarks he made at the St. Gallen Symposium last month in Switzerland.

How did Singapore do it? By mandating ethnic diversity in all of its neighborhoods. More than 80 percent of Singaporeans live in public housing (all of it is well regarded, some of it very upmarket). Every block, precinct and enclave has ethnic quotas.

This is what people mean when they talk about Singapore’s “nanny state,” and the minister readily admits it. “The most intrusive social policy in Singapore has turned out to be the most important,” he says. “It turns out that when you ensure every neighborhood is mixed, people do everyday things together, become comfortable with each other, and most importantly, their kids go to the same schools. When the kids grow up together, they begin to share a future together.”

This belief was at the heart of many of the efforts of the U.S. federal government in the 1950s and 1960s to desegregate schools and integrate neighborhoods — through court orders, housing laws and executive action. Those efforts were largely abandoned by the 1980s and, since then, the data show a United States that remains strikingly segregated. In Boston, 43.5 percent of the white population lives in areas that are at least 90 percent white and have a median income that is four times the poverty level, University of Minnesota researchers found. In St. Louis, that share of the white population is 54.4 percent. (Both figures come from an April article in the Atlantic.) This residential segregation has translated into unequal access to security, basic health care and, crucially, education.

Despite the fact that the Supreme Court ordered school desegregation 61 years ago, schools have become more homogenous in the past two decades. An investigation by ProPublica found that the number of schools that were less than 1 percent white grew from 2,762 in 1988 to 6,727 in 2011. A UCLA study last year described what a classroom looks like for the typical white student in the United States. Of 30 students, 22 are white, two are black, four Latino, one Asian and one “Other.” The study also pointed out that many black and Latino students “face almost total isolation not only from white and Asian students but also from middle-class peers as well.” Education Secretary Arne Duncan says that today “only 14 percent of white students attend schools that you could consider multicultural.”

These findings would not surprise Singaporeans. “The natural workings of society rarely lead to diverse and integrated communities, not in Singapore nor anywhere else,” Shanmugaratnam said. “They more likely lead to mistrust, self-segregation and even bigotry — which we see in abundance in so many countries today.”

He pointed out that in Britain, half the Muslim population lives in the bottom 10 percent of its neighborhoods (by income). “Did that happen by chance?” he asks. “Let’s be honest. Human beings aren’t perfect. Everyone has biases, a liking for some and distrust of others. But that’s why there is a role for government.”

Singapore is an unusual case. It is a small city-state. It has its critics, who point to a quasi-authoritarian system, one that impedes free expression and makes opposition parties face severe handicaps. Singapore can do things Western democracies cannot. It also has had its own racial problems. All that said, I believe that Singapore is an example of a diverse society that has been able to live in harmony and that we could learn something from. (To be sure, Singapore could learn some lessons from Western democracies as well.)

“You cannot simply assume that the natural workings of the market or of society will produce social harmony or equal opportunity. They won’t,” Shanmugaratnam said. “Government — an elected government — has a role to play. And it’s not about speeches and symbols. It’s about specific mechanisms and programs to achieve the outcomes we all seek.”

Something to consider as the United States, in the wake of the tragedy in South Carolina, debates flags and symbols.

Fareed Zakaria writes a foreign affairs column for The Washington Post. He is also the host of CNN’s Fareed Zakaria GPS and a contributing editor for The Atlantic.