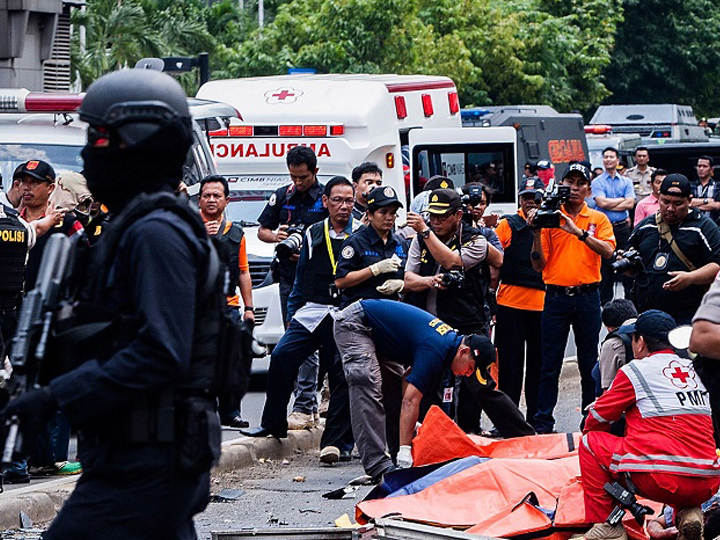 RONALD LEE: A series of suicide bombings took place across Jakarta yesterday, with the death toll currently standing at 5 terrorists and 2 civilians killed.

Suicide bombers blew themselves up outside the UN Office, a police tower, and a downtown Starbucks store.

Other militants were killed in shootouts with the police.

ISIS – the same group behind the Paris Massacre – has claimed responsibility for the attacks.

An Attack Waiting to Happen

From intelligence work, Indonesian police had warned that such an attack was coming.

Preemptive action by authorities likely scuppered a New Year’s Day tragedy that would have resulted in a much more massive tragedy.

Raids were carried out across Java – the island where Jakarta is located – just last month.

The countdown for more than 150,000 police officers and soldiers was guarding churches, airports, and other public places.

But terror warfare is fearsome because it’s volatile and unpredictable, and unfortunately there’s a limit to what authorities can prevent. 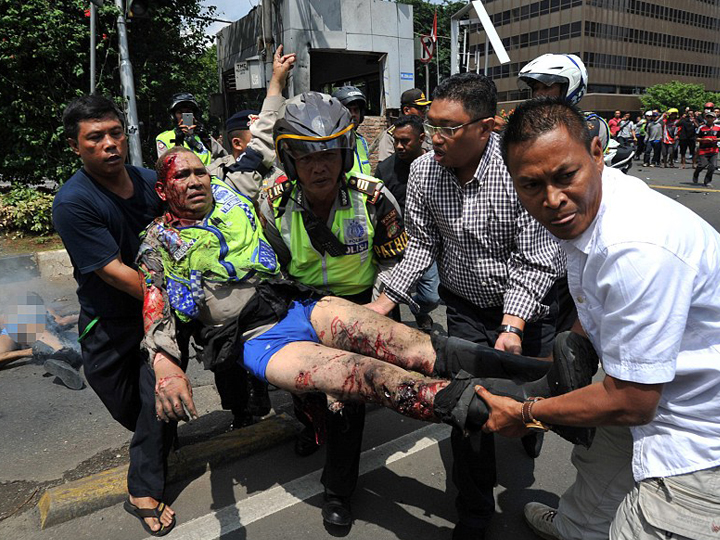 From JI to ISIS

From Al-Qaeda and its affiliate, the Jemaah Islamiah, to ISIS, Indonesia has been a hotbed for terror activities in the region.

The former two terrorist groups were responsible for the attack on American hotels the JW Marriot and Rit-Carlton in 2009, which killed 8 and injured some 50 people.

They are most notorious for the Bali Bombings of 2002, which killed 202 people – the worst terror attack in Indonesia to date. 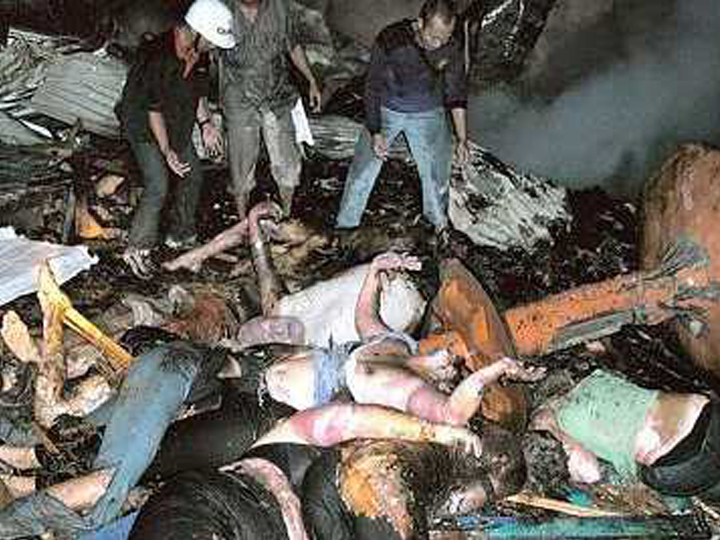 Terrorists are Killing Themselves More than Others

But 13 years on from Bali 2002, the latest attacks appear to be desperate moves by terrorists to remain relevant in an environment of tougher policing.

Cruel as it may sound, the relief factor in the Jakarta blasts comes with knowing that the 5 out of 7 who died were the perpetrators and not innocent civiians.

Tighter law enforcement – ISIS is banned in Indonesia – is forcing terrorists to exercise more discretion, and limiting their access to vital bomb-making equipment.

The law in Singapore has never feared being proactive (in fact, it rather delights in this).

The Internal Security Act, though harsh in its ambiguity, has also enabled authorities to carry out their own preemptive strikes against terrorists and other wannabes.

National Security Minister Teo Chee Hean has pledged to step up cooperation with Indonesia to improve security for our nation and theirs, and that’s a step in the right direction – much better than promoting the killing of children.

Singapore is an island amongst a sea of nations which are more susceptible to the breeding of terrorists given the demography of their population.

Conversely, the demography of our population and our courting of western investment also makes us a hotter target for terrorists.

The need for vigilance amongst everyday Singaporean men and women is as great important as the inter-governmental cooperation between security forces to keep our nation and Southeast Asia safe.

Regardless of race, we must guard against attacks that destroy our society as we know it.