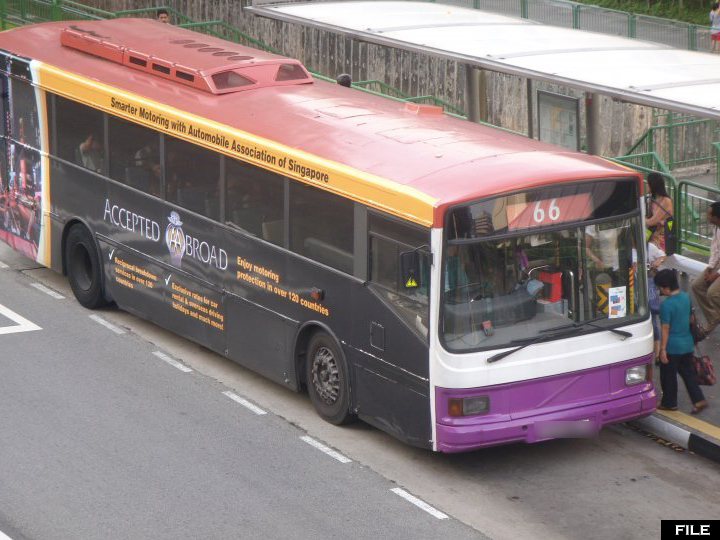 A wheelchair-bound aunty has complained about the erratic nature of bus service 66 that has left her baffled over why she can’t alight at a particular bus stop all of the time.

67-year-old Mdm Zhong says she that for she has been taking Bus 66 from her home in Bedok Reservoir to Rochor Road to go to church every weekend for the past 3 months.

She says that alights at a bus stop the bus stop in front of Sim Lim Square, which is close to the church, but some bus drivers refuse to let her alight there and only allow her to alight at the next bus stop which is about 100 metres away.

Mdm Zhong has complained that it is inconvenient for her to get to church on a wheelchair from the subsequent bus stop due to construction work that’s going on.

But what’s irking her even more is why she’s only allowed to alight at the bus stop in front of Sim Lim Square some of the time, and not all of the time.

The bus stop in front of Sim Lim Square is a wheelchair-accessible bus stop, so what’s the problem with these bus drivers?

SBS Transit has replied that the bus drivers were not supposed to allow wheelchair-bound persons to alight there due to safety concerns in the past.

Now, however, the bus stop has been remodelled as a wheelchair accessible bus stop so physically-handicapped persons like Mdm Zhong can alight there in future with peace of mind.