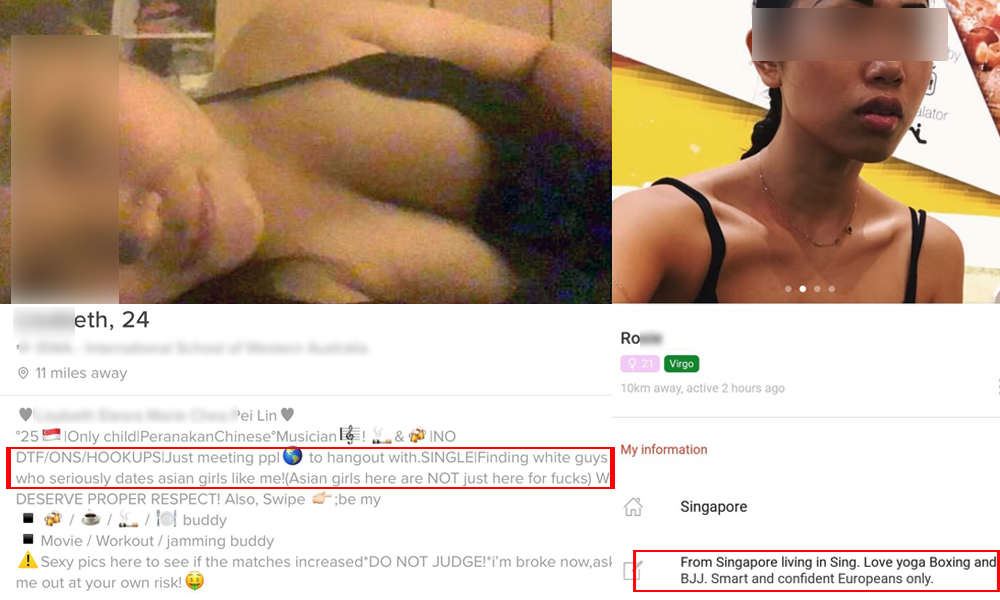 As the sentiment against “Foreign Talents” rises in Singapore, so too have the sentiments by men against local women who specifically indicate their dating preference as “ang mohs only”.

One example is this young lady, “Ros” who specified on her online dating profile that she was looking to date “smart and confident Europeans only”.

Another young lady, who we shall call Liz for short, specified that she was “finding white guys”.

Now, Liz went on to explain the “reasons” for her only seeking ang mohs, which only served to stoke online fury to greater heights:

“I would rather date Westerners is because they move out at a young age, making them able to survive independently without a choice, and most importantly, they know what they want in life, and that’s what makes it much attractive to me.

As compared to the Asian culture, high cost of living here in Singapore etc, guys don’t move out till much later, and I went through bad experiences whereby the Asian guy still asks his parents for money at the age of 28 and when I had a job then, I paid for almost everything.” 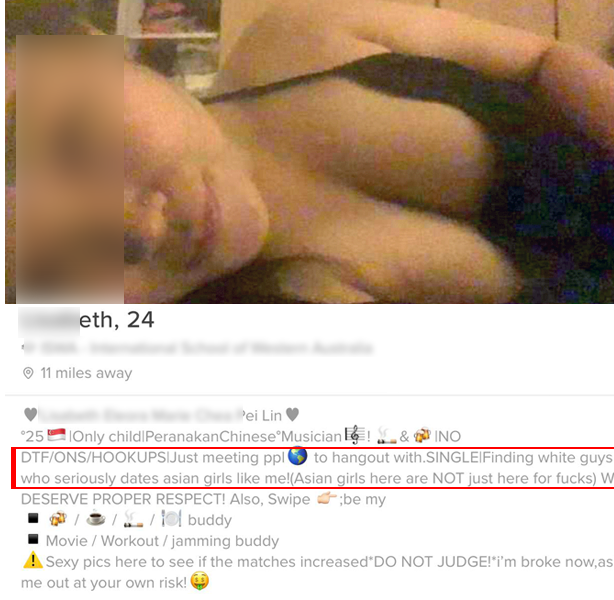 Liz then challenged those who disparaged her:

“I really appreciate if people do not judge others for what they truly are, at least they are being honest with themselves alright. If you guys turn the tables around, would you like the same treatment done to you…?”

Singaporean males were naturally furious at this slight (and we’ve taken the liberty of using only some of the most polite responses here).

“Lady, we serve National Service, we get jobs and earn a decent living, and we live with our parents to do out filial duty. What more do you want? Some ang moh that up you, the up and run?”

“Don’t make so many excuses for your colonial mindset. You’re just a racist and justifying your so-called preference based on stereotypes. Don’t forget where your father came from.”

Some ladies, however, were more understanding of Liz’s “preference” for ang mohs:

“You can’t deny that they’re more eloquent than most Singaporeans and can hold a more interesting conversation. I think if Singaporean men don’t like the way things are than they’re to up their game.”

Liz has since deleted her social media accounts amidst the public backlash.