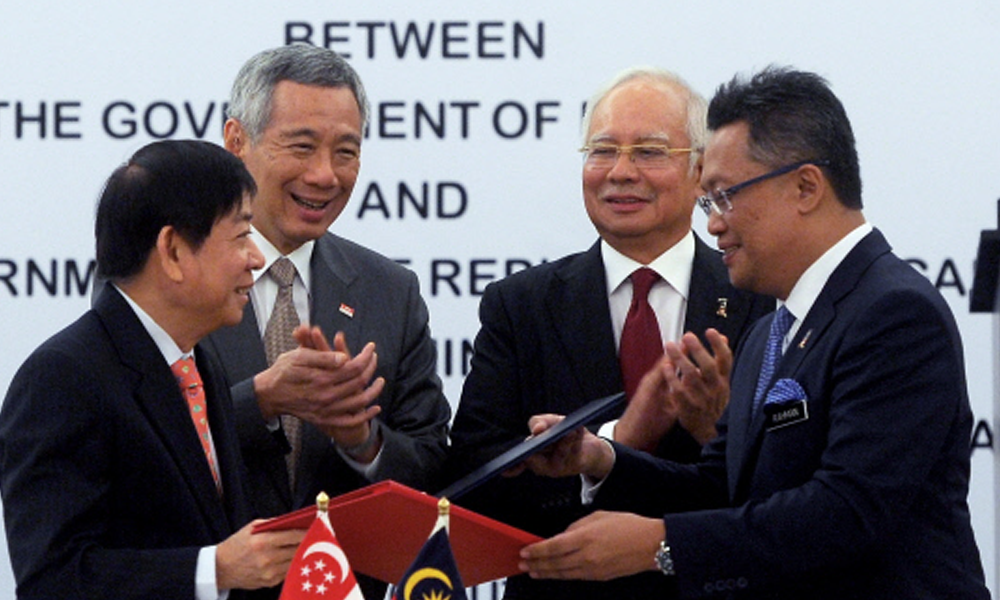 SINGAPORE DEMOCRATS: In July 2016, the SDP questioned the agreement between Singapore and Kuala Lumpur over the high speed rail (HSR) and said that the project was “troubling”. (See here.)

Back then, we asked: “Why the rush to put pen to paper given the controversy embroiling 1MDB and the political uncertainty building up in Malaysia? Has the Singapore government exercised due diligence in proceeding with the HSR project?”

Fast forward to 2018. The new Malaysian government led by Dr Mahathir has cancelled the project, questioning the benefits of the railway.

His finance minister, Mr Lim Guan Eng, cited that under the present agreement the HSR would likely cost more than RM100 billion, adding that the price could effectively be halved.

Local academic and former Associate Dean of the Lee Kuan Yew School of Public Policy, Dr Donald Low, also questioned the economic feasibility of the project. He wrote that the rail system “can’t possibly pay for itself” which means that Singaporean taxpayers would have to be saddled with more costs that we can afford.

Since the toppling of the Barisan Nasional government, former prime minister Najib Razak and his wife, Ms Rosmah Mansor, have come under investigation for their roles in the 1MDB corruption saga. Some have suggested that the inflated HSR costs could have included kickbacks.

Amid such a troubling backdrop, the PAP government must answer the question of what due diligence it conducted over this project. The fiasco has affected the businesses, investors, and residents at the Jurong Lake District.

When the HSR agreement was signed, Transport Minister Khaw Boon Wan had posted on his FB that it was time to “pause and celebrate”. He waxed poetic that “Travelling will become such a breeze, and our countries will be drawn even closer together” but failed to mention the financial cost that Singaporeans would have to bear.

Even now with all the evidence to the contrary, Mr Khaw insists that the HSR link would benefit Singapore and Kuala Lumpur economically and culturally.

While Malaysians have a new government to expose the burden such unthinking and ill-considered infrastructural ventures would be placed on the people, the PAP continues to build questionable mega projects without scrutiny.

Apart from the HSR, the PAP has pushed ahead with the construction of the Tuas megaport and the Jewel at the Changi Airport costing billions of dollars. The viability of these projects have not been properly examined and debated. The PAP has been doing as it pleases with little accountability.

In the end, it is Singaporeans who will be made to pay for them through rising taxes and fees.

In the meantime, the PAP does everything to recover the costs it incurs in social spending such as healthcare expenditure and financial assistance for our elderly and poor.

It is time for accountability from the PAP.