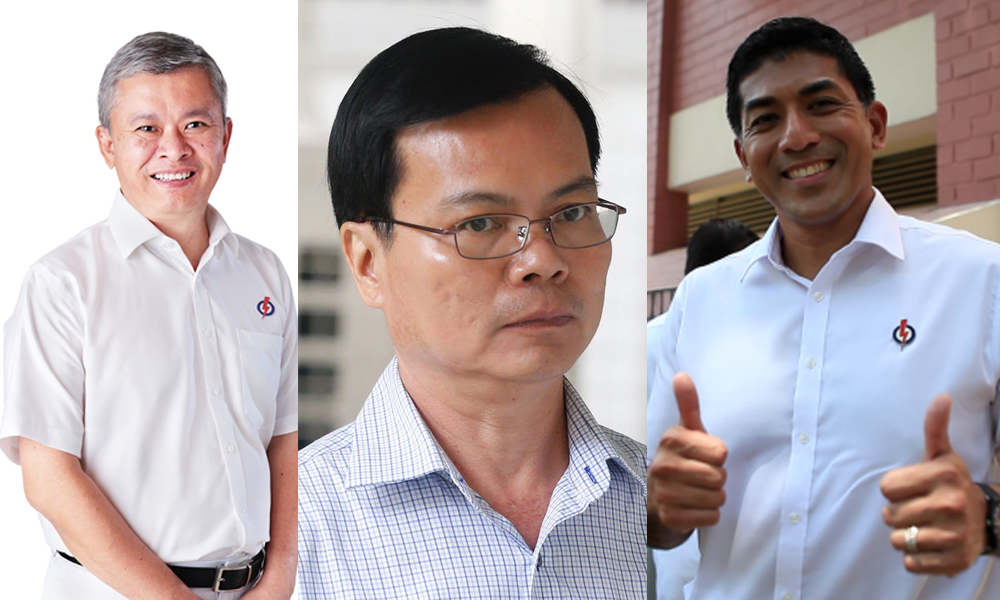 RONALD LEE: An independent probe was launched into AHPETC/AHTC over bad corporate governance, and today we have town councillors from the Workers’ Party going to court after an independent AHTC panel decided to sue them for compensation to the town council.

Let’s remember that none of the WP town councillors have been hauled up by the CPIB, despite a challenge by former WP secretary-general Low Thia Khiang to arrest him if he was guilty of corruption.

Then, we have Ang Mo Kio Town Council.

AMKTC’s former general manager Victor Wong (appointed in 2015) was arrested by CPIB, and is now on trial for corruption.

Yet, we don’t see any independent probe into AMKTC or its chairman Ang Hin Kee and vice-chairman Darryl David by the National Development Ministry.

Wong is alleged to have received S$107,000 in bribes in exchanges for awarding tenders and contracts worth millions of dollars to the firms that gave thim thoe dirty money.

The director of one of those companies is on trial for 54 counts of giving bribes to Wong.

The MND is not concerned about whether there were any improper payments in AMKTC, just as it was with AHTC?

How about potential breach of fiduciary duty by town councillors Ang and David?

They allowed Wong to assume both the role of AMKTC’s general manager and secretary (no separation of powers, checks and balances?).

And all this while he was a staff at CPG Facilities Management which is the managing agent for AMKTC (no conflict of interest?)

Without an independent probe, how would AMKTC residents know how much of their S&CC was squandered, and to what extent the town council leaders let this happen right under their noses?

So Ang Mo Kio residents are supposed to let things slide with their own town councils leaders despite seeing what is happening to AHTC leaders?