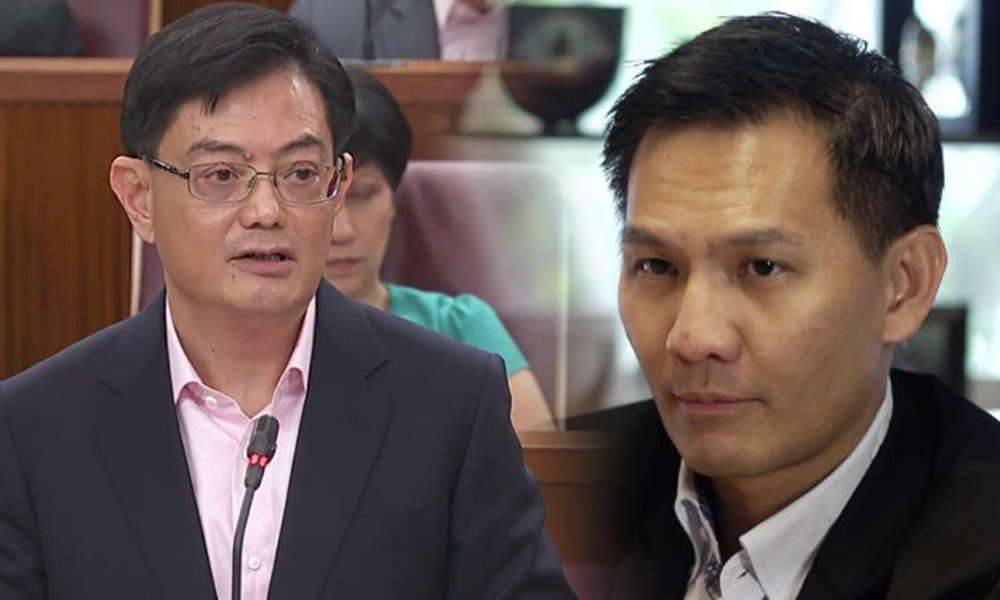 Heng ah, the gahmen raised GST by 2 percent and not 20 percent (eh, it could happen one day, maybe with a kee siao gahmen under Kee Chiu).

According to economist and Associate Dean of Executive Education at the Lee Kuan Yew School of Public Policy Donald Low, there isn’t a need for the government to raise GST at all from its current 7 percent, but there’s also reasons why the government has chosen to do just that.

But first, why there’s no need to raise GST, according to Low.

“The size of the Budget surplus for FY 2017 is stunning. $9.6 billion is nearly enough to finance a large ministry, like the Ministry of Health.

The Finance Minister says it’s due to exceptional factors, and does not represent a structural surplus. But what is certainly structural is that the current rule of spending (only) up to 50 percent of the net investment returns (NIR) means that the reserves are still growing quite considerably every year.

The question naturally arises: why can’t we tap more of the net investment returns to finance increasing needs, instead of resorting to a GST increase? After all, what or who are we saving for, considering that future generations of Singaporeans are likely to be better off than the current generation of Singaporeans entering retirement.”

Low goes on question how the government comes up with a 50 percent figure on its spending of investment returns, and why not more.

“In his Budget speech, the Minister argued against using 100 percent of the net investment returns. He says that if we did this, “the principal sum of reserves will stagnate over time, and the NIRC as a share of GDP will consequently fall as our economy grows.” Fair enough. But just because 100 percent is not prudent doesn’t make 50 percent right either. There’s nothing scientific about spending just 50 percent of the investment returns. Why not 60 percent, or even 70 percent? We’d still be adding to the principal of the reserves.

The NIR contribution is estimated at $15.9 billion this coming FY. If the spending limit was raised to 60 percent, presumably the NIRC this year would be just over $19 billion. The additional $3 billion every year, increasing at the rate at which the reserves are growing, is almost exactly what the 2 percentage point increase in GST would yield—in perpetuity.

So even if we accept that the projected increase in spending after 2021-2025 would require a revenue increase equivalent to a 2 percentage point increase in GST, the question is why doesn’t the Govt increase the NIR spending limit from the current 50 percent to, say, 60 percent instead?”

But, Low acknowledges that raising the spending limit will come at a long-term cost.

“There’s no such thing as a free lunch. The main cost is that, everything else constant, our reserves will grow at a slower rate. If the long-term rate of return on the reserves is 5 percent, the 50 percent rule means that the reserves are growing at 2.5 percent per annum. If the spending cap were raised to 60 percent, the reserves will accumulate at a slower rate of 2.0 percent. (Admittedly, this analysis is quite simplistic as the rate of reserves accumulation depends on many other factors, not least the amount of revenue raised from land sales which are locked up as reserves).

The difference between 2.0 percent and 2.5 percent may not seem like much. But over a 30 year time horizon, it translates to a 16 percent difference in the value of the principal. Whether this is worth the price of a two percentage point GST increase is obviously a matter for debate and depends on how much you value the present relative to the future, i.e. your discount rate. The more you value the present, the higher your discount rate and the more you will favour accumulating at a slower rate. You will thus support a higher spending limit. Conversely, if you’re very patient and you value the future more, you will have a lower discount rate and you will not support my suggestion. (For those who are interested, the Andrew Haldane speech, “Growing, Fast and Slow” that I posted a few days ago is an excellent analysis of the historical relationship between patience and economic growth.)”

So, the cost of lowering taxes by raising spending limits will result in a slower rate of reserve accumulation, and Low says whether that is justified depends on whether you believe the cost outweigh the benefits.

But, Low argues that if the government wants to raise GST, it must do more to channel the taxes towards social protection.

“Over the years, Singaporeans have been told that one virtue of our lean, highly targeted social protection system is that it keeps the tax burden – especially on the middle-income – low.

In previous Budget debates, whenever more comprehensive social protection was suggested, the Government’s response has often been: “How are we going to pay for it?”

At 9 per cent, Singapore’s GST would not be high by international standards. Many European countries have rates that are above 20 per cent.

But neither can we still boast of a low GST. It would be higher, for example, than in Japan (8 per cent), which has an older population and arguably better social protection for its older people. And it would be close to the rates in South Korea and Australia (both 10 per cent).

In this context, justifying the GST increase solely in terms of an increasing elderly population and new infrastructure needs is unlikely to be sufficient or compelling.

Increasingly, tax increases in Singapore need to be justified in terms of a social protection system that is more broad-based, and even universal in some important respects.

The Government would also have to modify, significantly, much of the logic and language underpinning current social policies. These emphasise targeting help at the needy and place individual responsibility and family support at the heart of the system.”

So, to raise or not to raise – that is the question. And if raise hor, then how is the government going to work the increase in tax revenue to “deliver social protection in ways that are more broad-based and universal – and yet more efficient”?