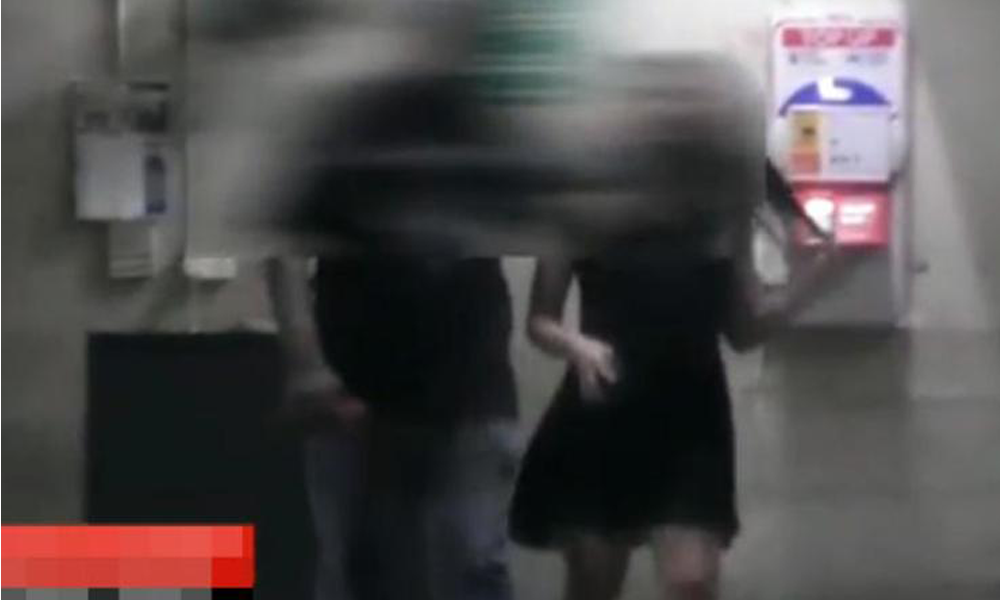 An aggrieved husband has gone public with his story of how his wife was seduced by a “magic oil” salesman, and how he believes that the man put gong tao (a spell) on her.

The 36-year-old engineer, who wants to remain anonymous to protect his 2 children, even produced footage from a private investigator showing his wife of 7 years behaving intimately with the “magic oil” salesman.

That footage (screenshot above) was taken last Wednesday (17 Apr) at a multi-storey carpark in the east of Singapore.

Aggrieved Husband said that 2 months ago, his family upgraded and moved to a condominium in the east.

His 32-year-old wife, went on Carousell and bought “magic oil” from a seller.

Among its touted effects such as striking Toto, the “magic oil” was supposed to protect the family and build a loving husband-wife relationship.

The oil was to be poured into a pail during bath time, and dabbed on the forehead, hands and feet while chanting a “good luck” chant.

Aggrieved Husband said that he used the oil 5 times, while his wife used it 10 times.

All in, the “magic oil” cost over a thousand dollars.

Soon after, his wife began to receive calls from and even meet the “magic oil” salesman, who would drive over to their condominium to chat with her.

These meetings took place late at night when the family was asleep, and aroused Aggrieved Husband’s suspicion.

However, his wife said they were just chatting.

Eventually, Aggrieved Husband engaged a private investigator to check on his wife, and when he confronted her with the footage of them behaving intimately, she admitted that she had even slept with the “magic oil” salesman.

The mother-of-two then asked for a divorce, saying that she had fallen in love with the magic oil salesman.

“My wife told me that she feels like she is doing wrong to him by being with me and asked me for a divorce. I’m very worried that he has put a spell on her, and I hope that she can quickly wake up from it.”

He added that he has known his wife for 16 years, and is willing to take her back.

“Even if she is carrying someone else’s child, I am willing to raise the child.”

Aggrieved Husband wants to warn others not to let their wives use any “magic oil” bought by peculiar salesmen, in case same fate befalls them.