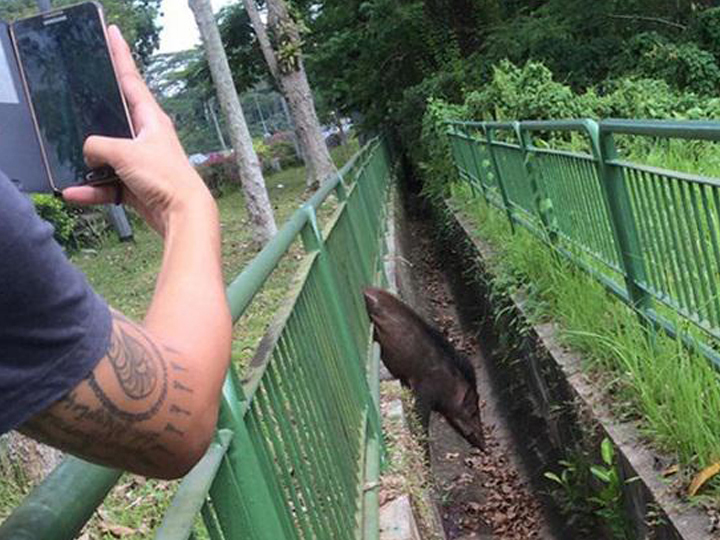 A very rare sight that mystified a truck driver, who found this wild boar hanging from a ditch along the Bukit Timah Expressway on Sunday (31 May).

The truck driver, Mr Yap, happened to be driving his family to the zoo that morning, when he stumbled upon the poor porker.

It appeared to have been trying to leap into the longkang (drain).

Mr Yap said the area is full of plants and shrubs, and the boar could have mistaken the barricade for food as it was painted green in colour, so he dove in head first.

Unfortunately, the boar’s hind legs got stuck in between the railings of the barricade.

It squirmed and wriggled, but couldn’t break free.

Mr Yap said he recalled the incident the next day, and called the authorities regarding the boar.

Staff from the Animal Care Research Institute (ACRES) arrived to help the boar, but it was already dead and rotting.

The boar’s body has since been cleared.

But the mystery remains – was it influenced by the recent happenings at Swissotel, as some superstitious people believe?