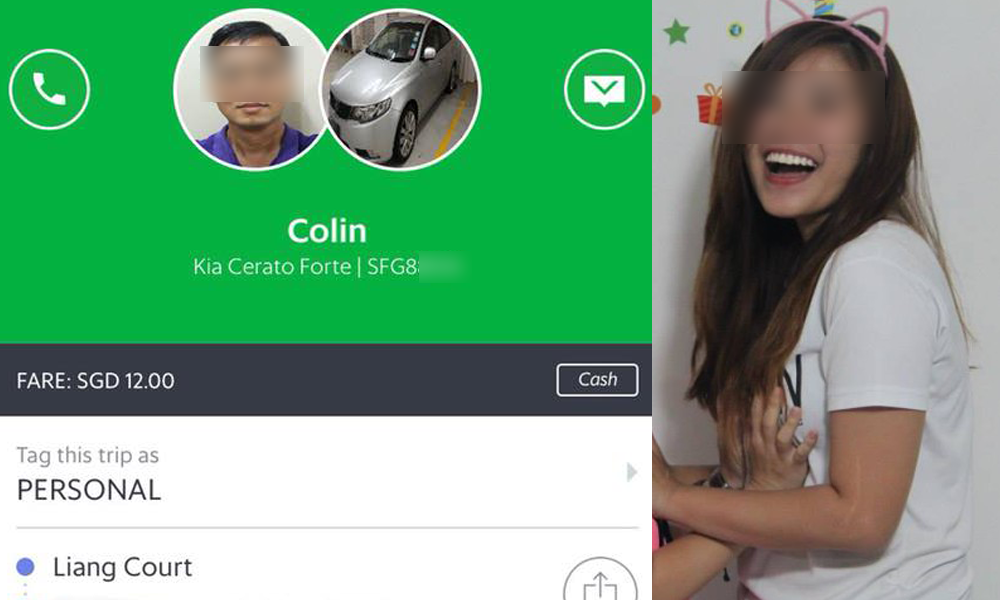 A woman has taken to Facebook to seek punishment for a Grab private-hire car driver whom she claims molested her during a trip.

“He had the audacity to touch my thighs while I was sleeping, and made suggestive comments”

Ng boarded the GrabHitch ride from Liang Court and sat in the front seat.

She said that the Grab driver wasn’t trying to wake her up to inform her that they had reached her destination when he touched her.

“After I woke up and pushed his hand away, he continued pushing his hand towards me. After I told him that I have a boyfriend, his exact words were ‘he don’t have to know.’”

Ng said that she reported the matter to Grab, but didn’t receive a reply from the company after 3 days.

She has since has lodged a police report.