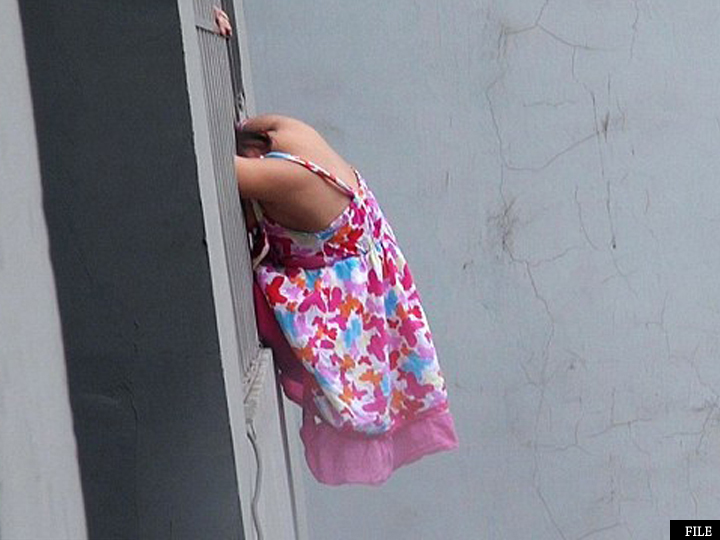 She was so afraid of her lorry driver boyfriend that she’d rather risk death than face him.

He suspected that she was seeing other men, and stormed her home one night to demand an explanation.

As Jealous Boyfriend made a ruckus outside her home at Block 182 Rivervale Crescent, the 40-year-old crawled out her kitchen window and hid on the ledge, hoping she wouldn’t be discovered.

He eventually used iron bars to smash her the corridor window of her flat and entered the unit.

Seeing that she wasn’t around, flew into an even greater rage.

But she couldn’t hide for long – he found her and began to curse and swear and demanding that she come up and face him.

The couple had money problems, in addition to his suspicion that she was being unfaithful.

Instead of listening to the angry man at the kitchen window, this girlfriend decided she’d try climbing down instead to escape!

She reached the 3rd floor of the flat before losing her balance and falling off the ledge.

He didn’t bother with her.

Rather, seeing a children’s bicycle in her house, he picked it up and threw it out the window before taking his leave.

Fortunately it didn’t hit anyone.

In a final move, he went downstairs, picked up the bicycle and took it away in his lorry.

Jealous Boyfriend was last seen in Geylang taking drugs when he was arrested.

All this was revealed in court yesterday, as he faced 8 charges – amongst them, housebreaking at night, intentional harassment, and consumption of drugs.

The incident happened on 7th March this year at about 12.40 in the morning.