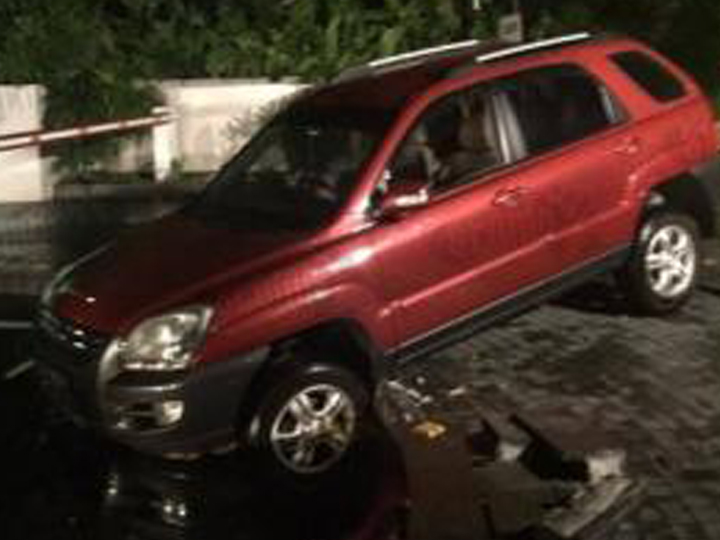 Maybe the government should implement a yearly refresher course for drivers.

It might, after seeing how this driver, without form of provocation and through her own sotong-ness, crashed into a fountain.

The incident took place last night at Belle Vue Residences at Oxley Walk at around 9pm.

The woman’s car was seen perched at a precarious angle at the fountain.

“I did not see how the accident happened but I think the female driver, who entered from outside the condo, went along the long driveway and straight into the fountain, instead of going through the roundabout. It was dark so there was probably bad visibility.”

No one was injured in the accident, but oh the ego bruise and loss of No-Claim Discount…