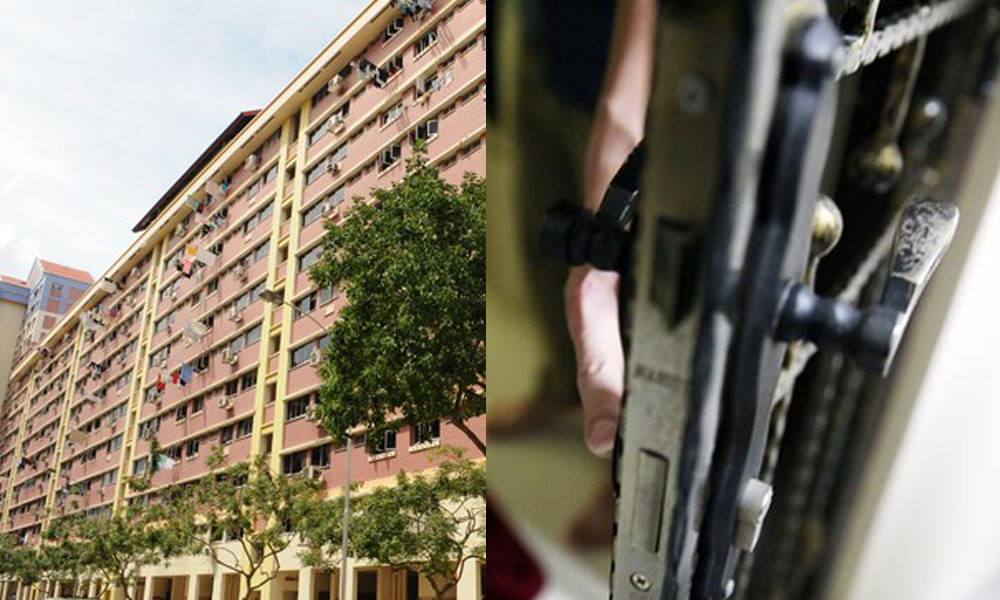 She went on a spree of mischief to help her husband with his bills, but in a tragic turn of events her husband left home and killed himself months later.

36-year-old Wang Bao Fen, a mother-of-two, gave up life as a housewife and worked as a secretary for a S$1000 monthly wage to help support the family.

The couple soon started a locksmith business together in Wang’s name, to help Lim get back on his feet.

But business was slow and debts were piling up.

In April last year, Wang and an assistant were going door-to-door to distribute flyers at Block 443 Sin Ming Avenue.

She later returned to several of the units there and glued shut their main gates, using toothpicks to insert the glue into the keyholes.

She hoped that her victims would engage her husband’s services so he could earn more money.

The victims called the police and investigations led to her arrest.

Months later, her husband left home and committed suicide on 3 Nov 2017, leaving Wang alone to care for her 2 kids.

On Tuesday (10 Jul), Wang was convicted of 9 counts of mischief and jailed for 3 months.

She was also made to pay S$1070 in compensation to her victims.