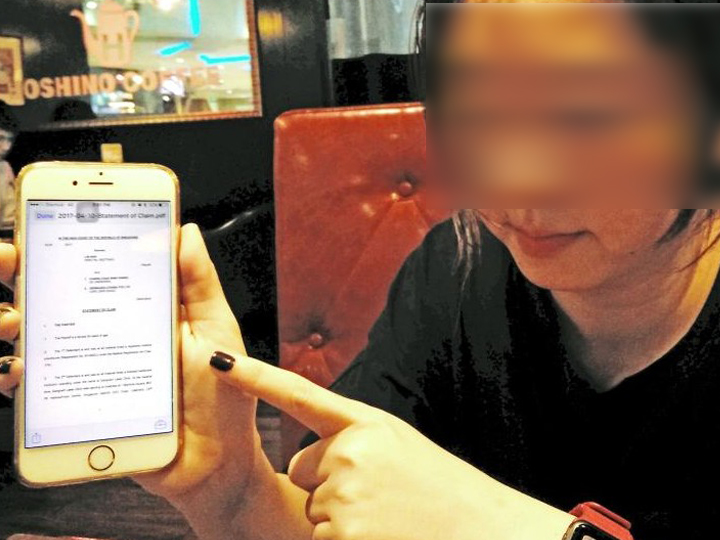 35-year-old manager Ms Lin wanted a trimmer waist, so she visited a beauty and wellness centre.

What she didn’t expect was a slimming treatment that would pierce a hole in her small intestine, requiring emergency medical attention and a lasting 20cm scar on her abdomen.

The doctor there did a cursory check on her and told her she was fit for a procedure known as Lipsonix, which would help her lose the fat in her abdominal area.

The treatment is non-invasive and involves using ultrasound to break down fat cells beneath the skin.

However, Ms Lin said she felt a sharp pain in her abdomen and stopped the procedure.

The pain persisted for the rest of the day and the next morning, she went to a hospital for help.

She was told by the doctor that the ultrasound treatment punctured a hole in her small intestine and secretion from the intestine caused infection in her abdominal cavity.

Ms Lin underwent a risky 6-hour operation in which the doctor had to remove her small intestine to find and patch the hole.

But that wasn’t the end of Ms Lin’s woes.

Complications from that operation meant that she had to undergo another operation at the end of the year.

Now, she has a 20cm scar on her abdomen.

Ms Lin says she’s fortunate because she had sought medical help quickly, otherwise things could have taken a turn for the worse.

The beauty centre says that the risk of the Lipsonix treatment were explained to Ms Lin and she had undertaken the treatment after signing a form giving her consent.