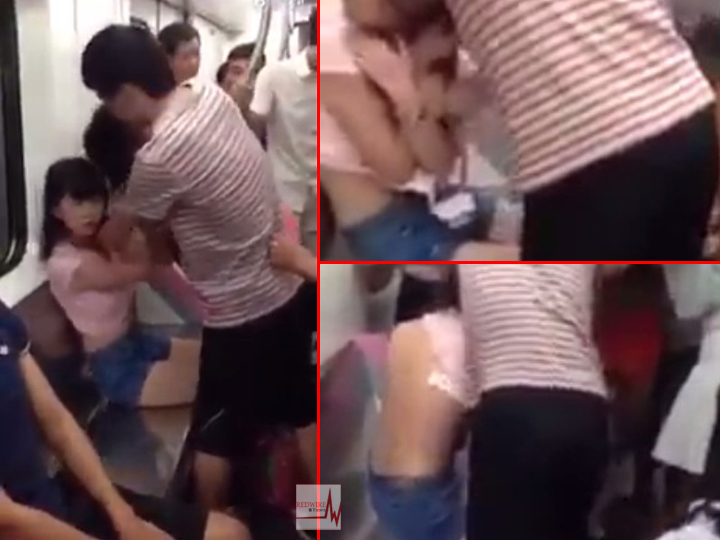 A ferocious scuffle followed after a teenage girl and a middle-aged woman clashed over a seat on the train, leading to the girl being stripped of her bra in the middle of the train carriage!

Eyewitnesses say that both women had been eyeing a seat on the train carriage, but the girl got to it first and sat down.

The middle-aged woman wasn’t too pleased with that, and sent some unsavoury comments her way.

The girl reportedly replied her with insulting remarks, which got the woman worked up into a rage and sparked the attack.


The woman (dressed in a green blouse and orange skirt) lunged at the girl, tearing at her pink tee shirt.

From the video, it appears that she was trying to take off the girl’s shirt and undo her bra.

Of the 20-30 people in the train carriage, no one stepped forward to help the girl, besides two commuters who could barely hold back the woman.

The woman eventually does strip the girl of her bra, but intervention from the two commuters helped preserve what was left of her modesty.

The incident took place on Monday (3 Aug) in Hubei, China, and the reason for the stripping remain foggy.