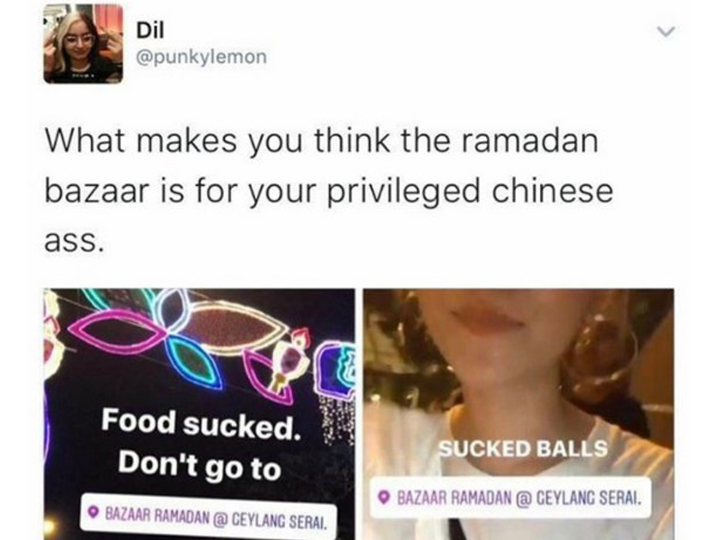 Already reeling from the recent Shrey “full-blown Indian” audition debacle, it seems that another conflict over racial sensitivity has arisen online.

This time, Twitter user Dil’s retort to a tweet about the Bazaar Ramadan @ Geylang Serai has gotten netizens in a flurry over the issue termed “Chinese privilege”.

Some have called out Dil for being overly sensitive, and that it’s an issue of taste rather than race.

Others however say that that isn’t the case. 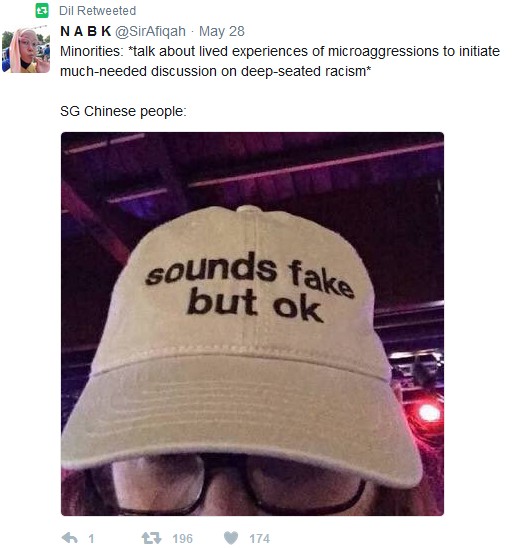 The Ramadan bazaar “reviewer” has since apologised for her initial post: 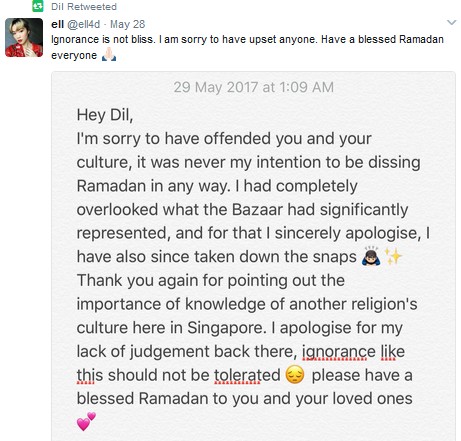 That apology however doesn’t appear appear to be enough.

And of course, there’s always Xiaxue (because what’s a flame war without XX right?).

The issue of race has come to the fore in Singapore this year, most notably with the reservation of the upcoming Presidential Election for Malay candidates only.

Some have called the move to enforce greater minority representation in Office a step in the right direction while others have decried it as tokenism.

Some other conspiracy theorists have speculated that it’s not about race, but rather a Tan Cheng Block attempt.