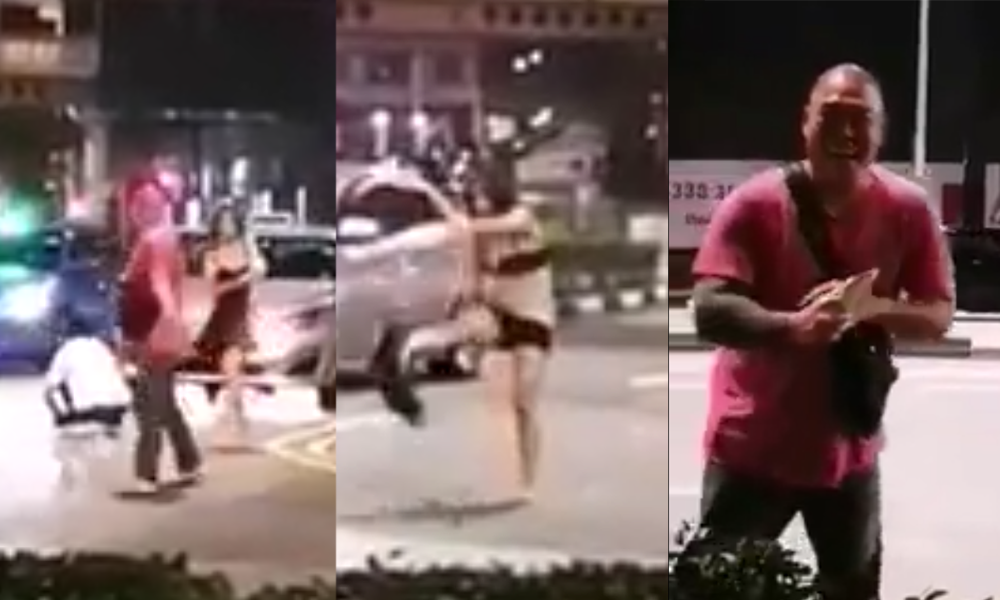 A 31-year-old woman has been arrested on the charge of public nuisance, after she stripped to her underwear at a traffic junction during a dispute with a taxi driver.

The incident took place yesterday at about 2am, at the junction of Middle Road and Selegie Road.

The woman, clad in black, was seen chasing and hitting the taxi driver.

The driver then whipped out his handphone and started filming her actions.

That’s when she went berserk and shouted at him that, saying that she would strip if he continued filming her.

Seeing that he hadn’t stopped, the woman stripped to just her bra and panties.

She continued to shout at the taxi driver.

Then, still upset, she pulled her panties down to her knees.

It’s uncertain what the argument between the two was about.