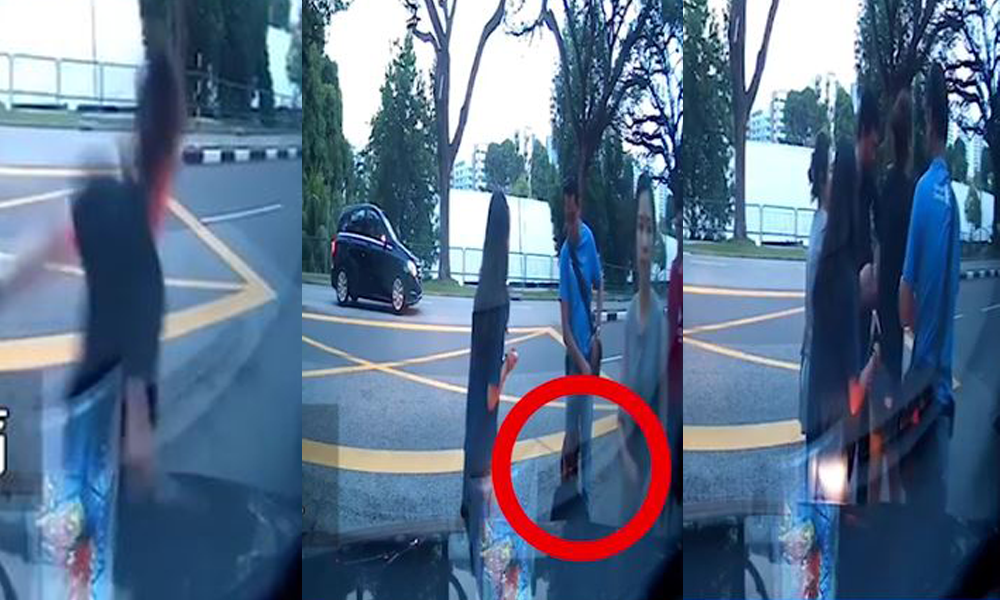 This woman was seen acting like she got hit real bad by a car that was driving pretty slowly.

Then, when the driver said she had called the police, the woman got up as though nothing was wrong and walked away!

According to the driver, the “victim” was in her 20s and spoke Chinese with a foreign accent.

The incident took place at the carpark beside Depot height Shopping Centre on Sunday (18 Mar).

At about 7pm, Ms Xu was driving out of the carpark when she “hit” the woman.

At the time, her car had just passed through the parking gantry and was about to cross over a road hump.

Ms Xu panicked seeing someone the woman collapse in front of her car.

She stopped the car to check on the woman, and saw that she seemed to be in tremendous pain.

However, Ms Xu grew suspicious because the “pain” didn’t seem to match the impact as she knew she had been driving slowly at the time of the incident.

She then told the “victim” that she had called the police and that she would be sent to hospital.

She also mentioned that the whole incident had been recorded on the dashboard camera in her car.

Suspecting that the woman was a foreigner because of her looks and accent, Ms Xu asked  her for her passport and work permit details, and told her that she would be letting the police handle the case.

That’s when her demeanour abruptly changed.

“She suddenly looked frightened, then stood up and left.”

Ms Xu said she pursued the woman and asked her why she was running off.

“She took out her phone and made a call to someone and sounded like she was complaining to the person on the other end of the line.”

The woman then told Ms Xu that she wasn’t hurt and didn’t want to pursue the matter.

Nevertheless, Ms Xu made a police report and is sharing her tale to warn drivers about suspicious accident victims.