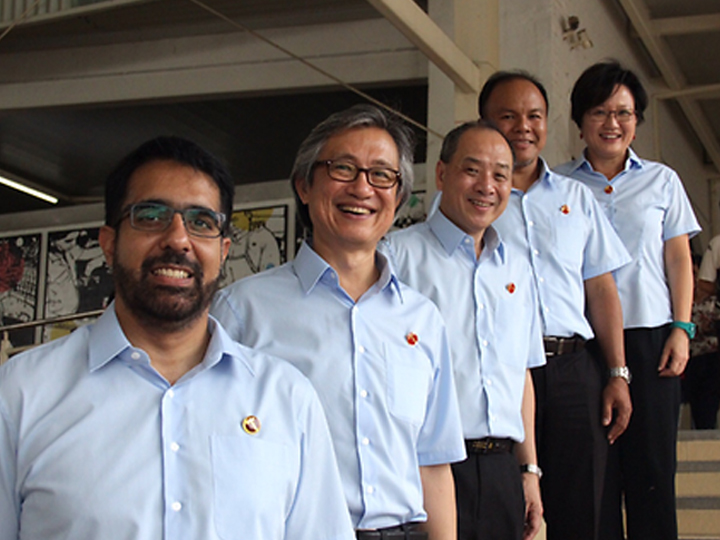 Workers’ Party leaders who have been taken to court over their role in alleged improper payments in the AHPETC/AHTC saga have rubbished allegations against them.

In a statement today, WP chief Low Thia Khiang, party and AHTC chairman Sylvia Lim and AHTC vice-chairman Pritam Singh said they have acted in good faith in their dealings, and have not benefitted “a single cent” from the alleged improper payments made by the town council.

The 3 WP MPs were served a statement of claim yesterday evening while the writ of summons regarding a breach of fiduciary duty was filed last Friday by AHTC in the High Court.

The independent panel appointed by AHTC is seeking to claiming S$622,593.78 in liquidated claims from multiple parties, as well as S$4,167,501.71 in unliquidated claims.

This is the statement by the WP leaders:

1. We confirm that we have received the Statement of Claim filed by the Aljunied-Hougang Town Council against us individually.

2. We have engaged M/s Tan Rajah and Cheah to defend the claim for the 1st to 5th Defendants.

3. In the suit against us, amongst other things, it is alleged that:

(a) We have acted in breach of our fiduciary duties and duties of care and skill owed to AHTC.

(b) We set up a faulty system which allowed the appointment of FMSS and made it possible for FMSS and/or their officers to benefit themselves.

(c) We entered into contracts with architects in breach of duties owed to AHTC.

4. Our reply to all these allegations is NO.

5. We are taking legal advice and will contest the lawsuit and lay out our case vigorously in court.

6. We wish to make the following points:

(a) Low Thia Khiang and Sylvia Lim have been asked to give an account of profits made from the appointment of FMSS or pay damages not less than $1.25 million. We have not benefitted a single cent.

(b) Sylvia Lim and Pritam Singh have been asked to pay damages of $2.8 million for the wrongful appointment of architects.

(c) The WP MPs have acted in good faith and in the best interests of the Town Council and our residents.

(d) In the course of these proceedings, we will be furnishing more information so that all concerned will be clearer on the issues and why we made the decisions and acted as we did.