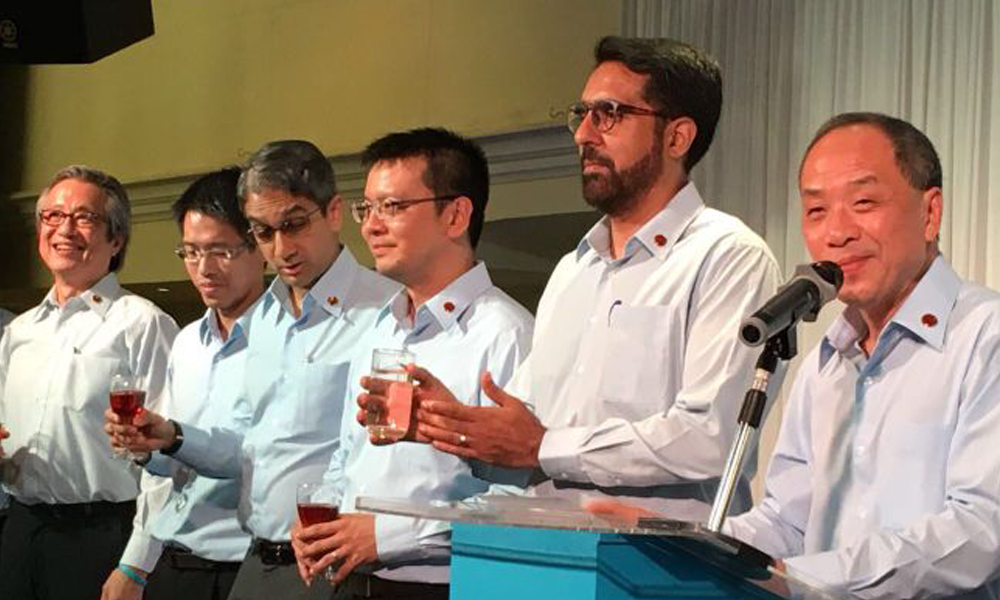 The “duckweed” has spoken – in a Facebook post, Workers’ Party NCMP Daniel Goh ruled himself out as the party’s next secretary-general, and pushed for his colleague Pritam Singh to take over the helm.

This comes as current WP secretary-general Low Thia Khiang announced last November after leading the party for the past 17 years.

Goh, a university professor who was once accused of engaging in an extra-marital affair with one of his students, said:

“I believe that WP, to further develop as a viable opposition party, needs a leader with the following qualities.

One, an MP with good experience of speaking and debating in Parliament and able to lead the other WP MPs.

Two, an MP who works with his constituents and has their confidence and support.

Three, an MP with good experience in leadership of town council management.

Four, a humble servant-leader who knows his own flaws, works closely with the party grassroots and exhorts them to unite for the common good of Singapore and Singaporeans.

On the first three counts, I am only a Non Constituency Member of Parliament with two years of real political experience. I have a lot more to learn. Pritam, on the other hand, is a proven MP in these respects.

On the fourth point, I worked closely with Pritam on the WP60 Organising Committee (he was Chair, and I was Deputy Chair) and I am convinced he is such a servant-leader.”

Some political observers believe that the WP will elect one of its “new generation” of WP members to the top leadership position.

They believe that that position will go to Goh, or other WP NCMPs such as Leon Perera and Dennis Tan.

Other political observers believe that Chen Show Mao, who almost beat Low in the last secretary-general election, could mount a new challenge for the top post.