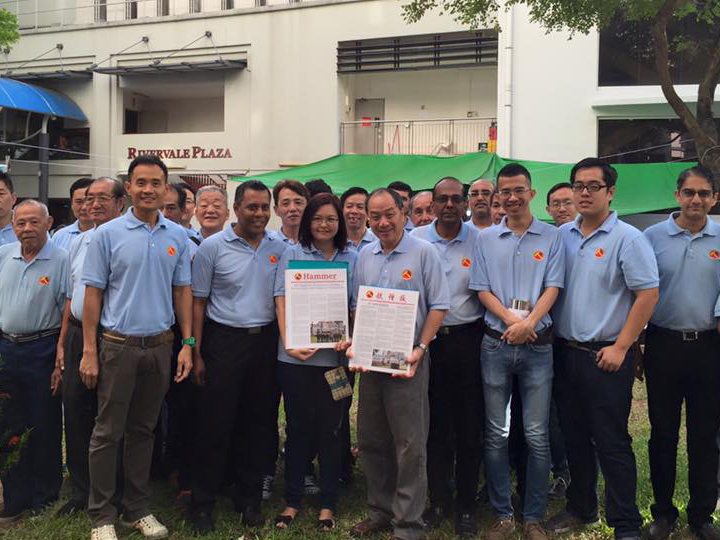 The Workers’ Party says it will mount a challenge for Marine Parade GRC and MacPherson SMC.

This was announed by WP Secretary-General Low Thia Kiang during a walkabout in Punggol East today (26 Jul).

“”As a matter of principle, The Workers’ Party will contest where we have contested before. In this case, Joo Chiat is being redrawn into Marine Parade. We don’t want to disappoint voters in Joo Chiat. We want to offer them a choice again in this election.””

Joo Chiat SMC, where the WP’s Yee Jenn Jong contested in General Election 2011, has been absorbed into Marine Parade GRC.

Yee lost be 388 votes during that poll.

It’s believed that the WP might also contest in Fengshan SMC and East Coast GRC.

But where does this leave the National Solidarity Party, which contested in Marine Parade in General Election 2011 and won over 43.35 percent of the voters?

With MacPherson GRC carved out of Marine Parade GRC, the party could also be looking to contest there.

So, could a three-corner fight between the PAP, WP and NSP be on the cards in Marine Parade GRC and MacPherson GRC?

The NSP has invited opposition parties to a meeting on Friday to discuss where they will contest.

Such meetings have traditionally been held ahead of the election in a bid to win as many seats in parliament for the opposition by avoiding three-corner fights.