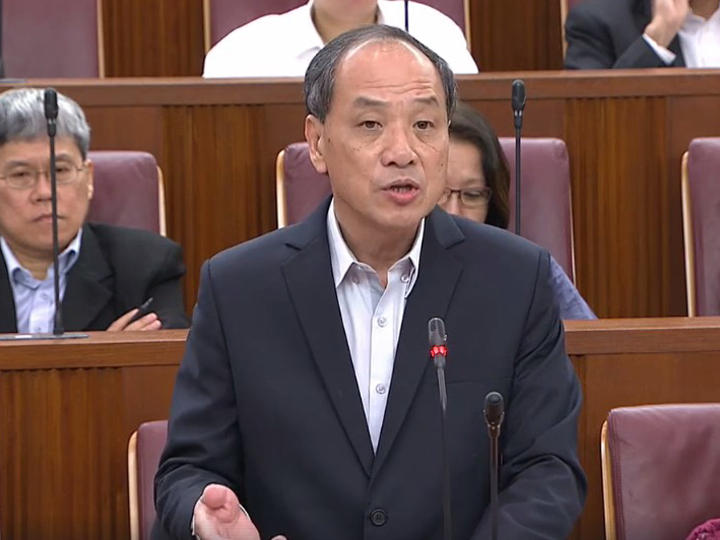 Workers Party chief Low Thia Khiang said in parliament today that the participation of Cabinet members in the Lee Family Feud has distracted them from dealing with problems facing Singapore.

He cited examples of a rising security threat, global politics, and infrastructural issues such as the persistent MRT breakdowns as problems which the government should be concentrating on.

Mr Low said that the Lee Family Feud is a family matter and should be resolved within the Lee family.

“Although the Prime Minister has said this saga will not affect the work of the government, I am of the view that it is a serious distraction to the government in dealing with serious challenges when the Cabinet members, all of them are not members of the Lee family, but have been unnecessarily drawn into the dispute, that to me is essentially a family dispute.”

Mr Low also urged PM Lee Hsien Loong to solve the matter in court instead of using the government machinery.

He was referring to the tussle over the fate of 38 Oxley Road, and allegations by the Lee Hsien Yang and Dr Lee Wei Ling that PM Lee abused his power and allowed his wife Ho Ching undue influence over the civil service.

“The Prime Minister is faced with serious allegations, these need to be addressed in the proper manner, such matters cannot be ‘you say, I say’, it is a hallmark of the People’s Action Party Government to get to the bottom of the matter in court.”

Mr Low added that while Lee Hsien Yang and Dr Lee should not have made their family dispute public, the government added oil to the fire by engaging in an online war of words.

“The government has also contributed to the squabble. It does not help that the prime minister and some of his Cabinet colleagues have responded in kind in Facebook, even making counter allegations on the motive and character of the other party… It should not be involved in a Facebook brawl for the whole world to see.”