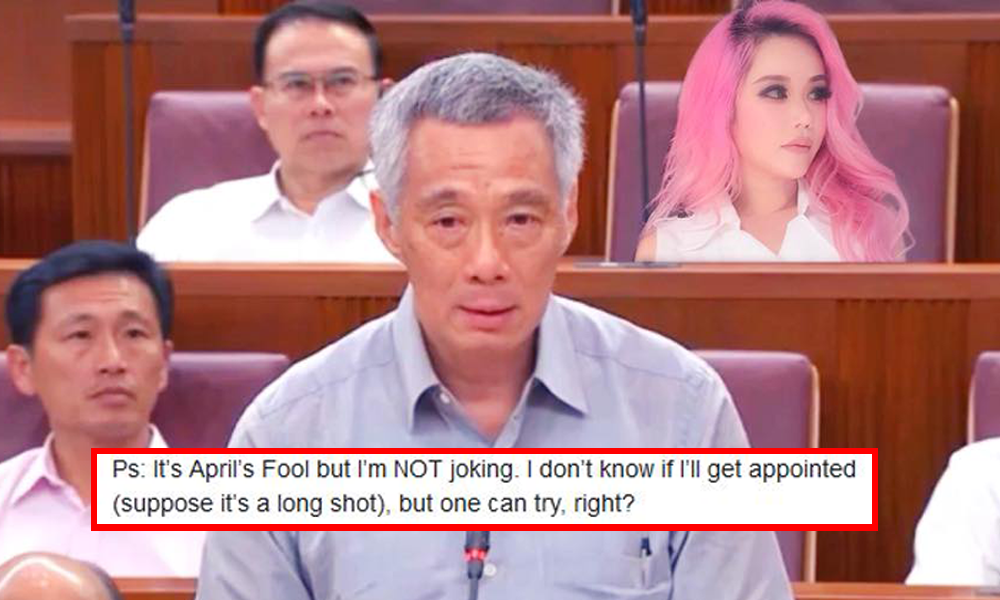 Wendy Cheng aka Xiaxue has announced that she will contest for a position as Nominated Member of Parliament.

The local blogger declared that was going to “run for NMP” yesterday (1 Apr) in a lengthy social media post, leading some to believe she was pulling a stunt.

But Xiaxue says she’s serious about her candidacy:

“It’s April’s Fool but I’m NOT joking. I don’t know if I’ll get appointed (suppose it’s a long shot), but one can try, right?”

Xiaxue included in her social media post a picture of herself Photoshopped into parliament (above).

Commenting on why she’s suitable to be a NMP, she said:

“A NMP should have: rendered distinguished public service, brought honour to Singapore, is a community leader. Erm, leading the Internet media, that’s like a community right?

I definitely fulfill all the criteria. They should also hold independent and non-partisan views, which I do! So in other words I’m perfect?”

And here’s why she wants to be a NMP:

“For so many years people have always told me to use my influence for good and now I think I’ll try to. Maybe I can actually change the world a little. The internet is the way to get the voices of the people, and I want to bring these voices to parliament. There are many issues I’m passionate about which I’m sure loyal followers already know of, and I want to fight for these issues.

Anyway, NMPs are not elected by the public. The public simply nominate them. I’m not sure where the nomination should be sent to but I suppose you can try to do it in the comments if you think I should be NMP. After the nominations a select committee of 7 MPs will erm, select.”

Diehard Xiaxue fans have voiced their support for her candidacy, with some even publicising it on local forums. 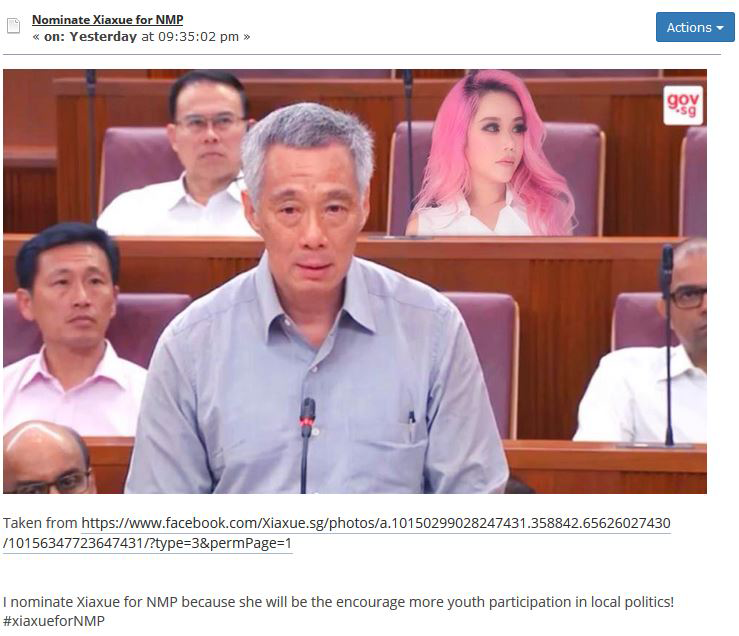 NMPs are chosen by a Special Select Committee, chaired by Speaker of Parliament Tan Chuan-Jin and other MPs.

Singaporeans can nominate candidates, or put themselves forward as candidates.

The Select Committee will then recommend a maximum of 9 candidates to fill the NMP seats in parliament.

Similar to other MPs, they can raise questions in parliament, suggest legislation and make speeches on issues.

Powers between MPs and NMPs differ when it comes to voting rights – NMPs can vote on all matters except those pertaining to Supply Bills, Money Bills, constitutional amendments, motions to remove the President, and motions of no confidence in the government. 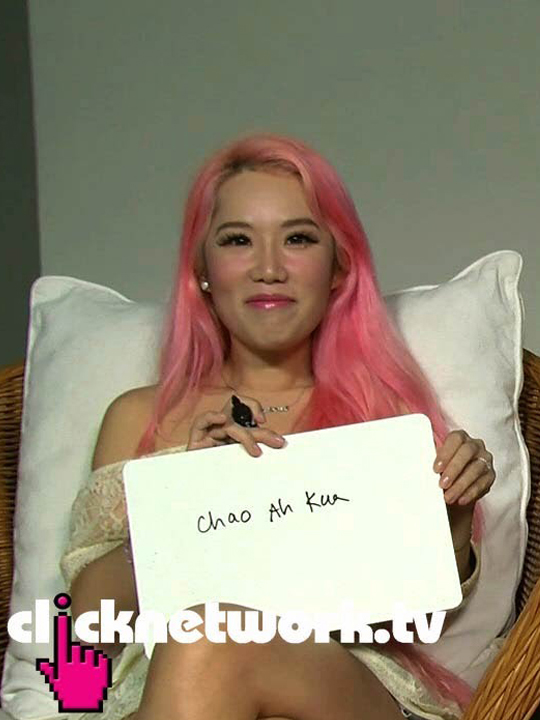