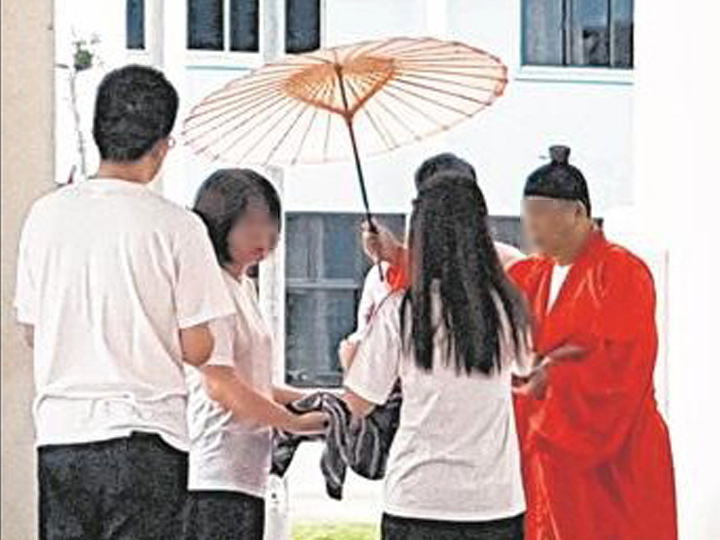 The family of an ex-cabby grieves after his suspected suicide yesterday.

Cries of “Father come home” could be heard, as the man’s 3 children wept during the funeral wake.

63-year-old Wang Cai Xin was supposed to go to court yesterday with his wife to process divorce proceedings.

At around 6am, some residents of Block 737 Yishun St 72 reported a commotion coming from Wang’s 12th floor unit.

Next, his wife, 66-year-old Xu Ying, was seen running out of the house clutching her head in pain.

She’s believed to have been attacked by Wang, who carried a walking stick after suffering from a stroke that made him resign from his job as a taxi driver.

Xu ran to the void deck of the flat, where she met her daughter.

Her daughter reportedly called the police upon hearing what happened.

However, before police arrived, Wang was found dead at the foot of the block.

He is believed to have jumped to his death from the kitchen window of his flat unit.