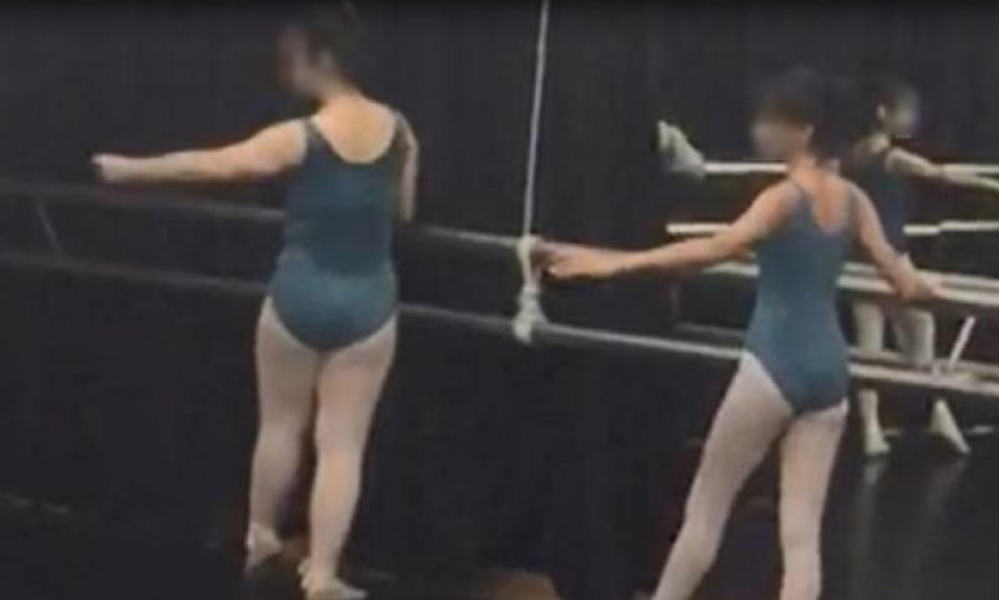 A row between the parents of a 12-year-old ballerina and the Nanyang Academy of Fine Arts ballooned into a scuffle which eventually led to her being expelled.

The young ballerina, who weighs 70kg, had been learning ballet at NAFA for 6 years now, and was supposed to sit for her Royal Academy of Dance test at the end of last year.

However, according to her parents, her dance instructor struck her off a list of students who were supposed to take the test.

The reason given by the dance instructor, they said, was that he felt she was “not slim enough” and he was afraid that she would fail the test, affecting his personal performance review.

Said her father, Zheng Yong He:

“The reason given was ridiculous and discriminatory. It’s hard to believe that an educator would say something like this.”

Zheng said that his daughter scored 276 points for her PSLE and was the 2nd highest-scoring student in Singapore, and he made her learn art, piano and dance to build her self-confidence.

He said that all her efforts training for the test had been wasted, and the comments also upset her.

Zheng and his wife confronted NAFA on 17 November last year and received an alternative explanation.

The school said that the young ballerina did not meet the standard needed to take the test, and had missed several dance sessions including a school test.

The school added that after reviewing videos and photos of her dance training, it decided that she should sit out the test for that year and continue her training.

The school also denied that the dance instructor had made the comments about her weight.

But that wasn’t the end of the incident.

Following the meeting with the school principal, Mdm Zheng apparently grabbed the dance instructor on the shoulder, leading to NAFA lodging a police report.

The school later sent a letter to the family indicating that it had expelled the young ballerina.

Mdm Zheng said that she grabbed the dance instructor out of anxiety.

She said that when the incident happened, her daughter had just finished training and was changing out of her costume.

However, as she couldn’t find her daughter, she got worried and asked the dance instructor for help in looking for her.

When the dance instructor turned her down saying he had a class to teach, she grabbed his shoulder as she thought it was his responsibility to help her search for her daughter.

NAFA says it expelled the young ballerina over the grabbing incident as there was a lack of respect shown to its staff, and to protect staff from abuse.

Mdm Zheng maintains that the school expelled her daughter because she missed several lessons, and says it is unfair to the teenager.