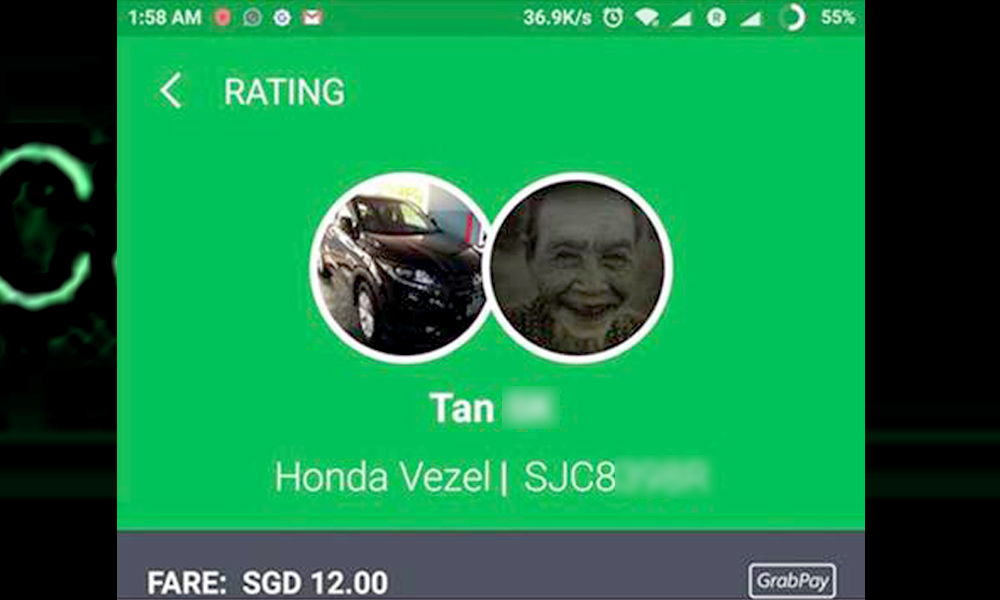 If you thought siao langs were confined to Yishun (aka Siao Lang Town), think again.

This GrabHitch driver who is apparently in his mid-20s used a creepy ah pek picture as his Grab profile picture, then drove his female passenger around a cemetery area instead of directly to her destination!

The incident, according to Nelson Martinez, happened to his girlfriend at about 1am on Saturday (31 Mar).

She had boarded the GrabHitch ride at Serangoon, and was headed to Choa Chu Kang.

Instead of taking the expressway, the driver drove through a cemetery area, saying that the route was quicker.

The GrabHitch driver then said that he would be picking up another passenger from Yio Chu Kang before sending her to her destination.

“Upon boarding, he mentioned that he will be picking another rider, but he ended picking no one, and he used a cemetery road instead of the expressway (*GPS indicated that the expressway was roughly 8 mins faster).

My GF sensed something’s not right, and she called me and her family to inform us her location and that she’s on her way back home. After that call, the driver immediately gets out of the cemetery road and entered the expressway.”

Fortunately, nothing untoward happened to the female passenger.

Martinez shared his story yesterday to warn passengers to avoid hitching a ride from the siao lang driver.

He has reported the matter to Grab.

Grab has confirmed that such a complaint has been filed and is investigating the matter.